View from the Centre 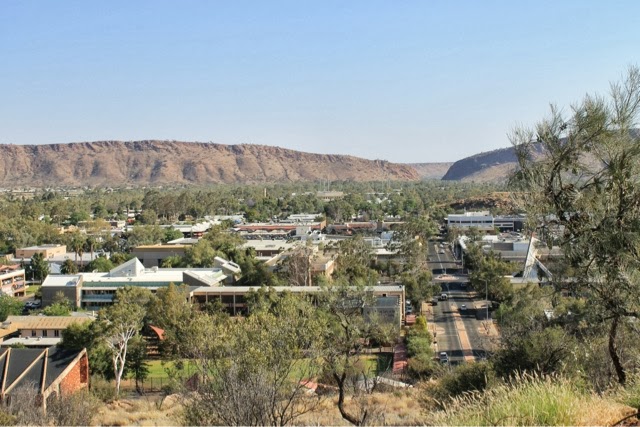 This view from the war memorial lookout in Alice is popular with travelers, so why should I be any different? It was a pretty swift visit, just long enough to take the shot, given that the temperature was in the high thirties. It looks as if the dry is ending with a bit of a bang.

The last time I was in the Alice was in 1972, on a camping trip with some teaching friends. That was August, and as coastal Queenslanders we were unconscious of the freezing temperatures at night. After our first night in the tent in Alice Springs, our next stop was a clothing store. 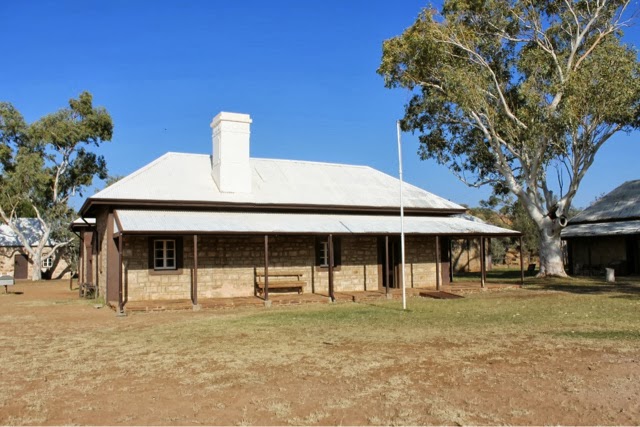 The other popular spot - particularly for photographers, is the old telegraph station. Now, I'm no photographer, but I enjoy using a camera, and the old station is indeed photogenic. These thick-walled  buildings are cool, and they look as if they would be proof against nuclear attack.

Nuclear attack wasn't an issue when they were constructed, but communication was, and the completion of the overland telegraph line in 1872 opened the country up to contact with the outside world. Information that took months to travel from the old country to Australia, now took hours by morse transmission. 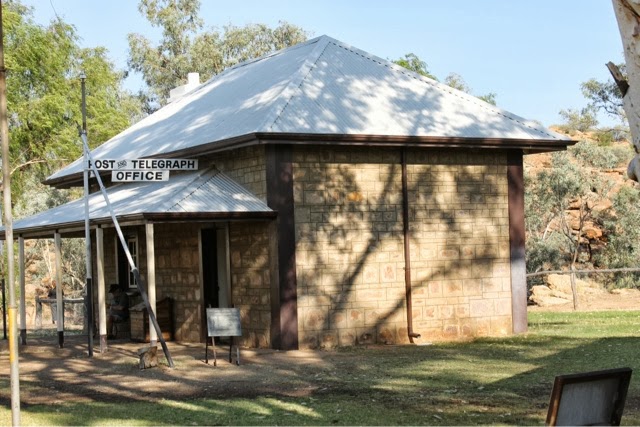 The site has not always been a telegraph station. Between the twenties and thirties it became a residential for mixed race kids removed from their parents by the Protector of Aborigines - you know, those children that Andrew Bolt says don't exist.

Back then, the place rejoiced in the name of the "Bungalow".

The poster below provides an outline - 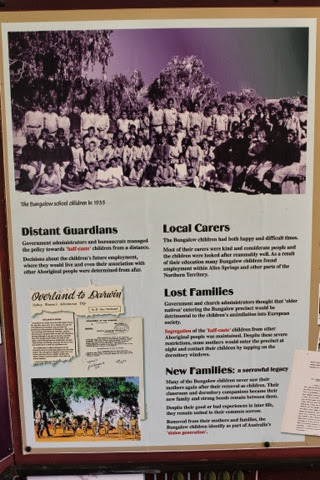 From here, it's back to the skinny hotel, and then on to Katherine.