Rupert Murdoch’s recent address at the IPA has been well and truly promoted in the Fart of the Nation the Australian.

I guess if you own the corporation, you’ll always use if for a bit of healthy self-promotion – completely understandable.

The text of the speech is revealing. It sings the praises of the market, describes it as essentially moral, and deplores “socialism”, although Rupert doesn’t oblige us with a definition of this evil philosophy.

It’s more than a little bizarre then, to read an interesting piece in this weekend’s Australian magazine, by Stefanie Marsh, about the corporate practices of the international food industry.

It’s interesting to compare Rupert’s lofty view of the “morality” of the market, and the practices revealed by Marsh in her piece.

On the one hand, Rupert says –

The cold, commercial word "market" disguises its human character - a market is a collection of our aspirations, exertions, choices and desires.

We need to defend the market on precisely the grounds that its critics attack it: on justice and fairness. Yes, the morality of free markets.

Ok – I wonder how Rupert would defend this –


Moss says the public and the food companies have known for decades that sugary, salty, fatty foods are not good for us in the quantities that we consume them. So why are diabetes, obesity and hypertension numbers still spiralling out of control? "It's not just a matter of poor willpower on the part of the consumer and a give-the-people-whattheywant attitude on the part of the food manufacturers," he says. "What I found, over four years of research and reporting, was a conscious effort taking place in labs and marketing meetings and grocery-store aisles - to get people hooked on foods that are convenient and inexpensive."

How is it “moral” to deliberately and cynically develop food preparation technologies that increase profits at the cost of public health? That would be a good question for Rupert.

This is even more illuminating -

Does he think companies have a moral obligation to look after the wellbeing of their customers? Will the parallels that some people are drawing between the tobacco and food industries mean that he thinks the big food companies will be held responsible, legally or otherwise, for the obesity crisis? "I think it's been wrong of anyone to expect these companies to do anything on moral or ethical grounds”.

In other words, morality and ethics don’t cut it when it comes to profits.

Marsh isn’t telling us anything we don’t already know. I find it strange that this piece is published in one of Rupert’s journals.

I guess this wonderful press freedom that he spruiks incessantly has bitten him on the bum.

Couldn’t happen to a nicer ex-Australian….

Greg Jericho has written a reasoned piece on the current Superannuation beat-up, which is being done to death by News Limited.

Given that there is nothing to report yet as no policy has been announced, this reportage is bizarre, but typical of the habit of this particular corporation of creating a controversy, and then squeezing every possible drop of spite and bile out of it.

Jericho thoroughly busts the myth that people earning above $150000 per annum are on Struggle Street, and contrasts their situation with those (say) on Newstart or a disability pension.

One very good point he makes is that it costs everyone pretty much the same to survive, but some of us have no choice over and above survival.

Anyone doing it tough on $150000 per annum is not very good at managing a budget. Ask any Uni student surviving on Youth Allowance without help from parents. This is particularly true if they’re living in one of the bigger centres and having to pay rent or board.

The other bizarre element of this beat-up is the reporting of the Coalition’s treatment of the issue.

Superannuation was devised, built, implemented and incrementally increased over time by Labor. Each time it was improved there was trenchant resistance and fear mongering by the Coalition. It was going to send small business broke, remember.

Yet Abbott and his minions are painting Labor as being about to rip into everyone’s Super accounts. The irony that these accounts probably wouldn’t exist if the Coalition had its way historically is somehow lost.

Compulsory super is a percentage of a person's income. Obviously 12% of $300000 or even $180000 is much more than 12% of $30000. The super guaranteed portion of a person's retirement funds should be calculated with this figure (very comfortable retirement amount) in mind. It should not be a loophole allowing for the wealthy to avoid tax. Many low income earners can work for a lifetime and still not get near this very comfortable retirement figure.

You could be excused for thinking that yet again the coalition is fighting tooth and nail to protect the rich and rob from the poor. More than 3 million of Australia's lowest income earners, mostly women, earning $37000 or less now pay 0% tax on their super contributions, thanks to this government. Abbott wants to cut Labor's Low Income Superannuation Contribution scheme for workers earning less than $37,000 per year.

The Coalition plans to tax these poorest Australians but protect the rich. I’d like to know how that is fair.

Put this in the context of Abbott’s plan to abolish the MRRT, giving billions over time back to the richest miners and shareholders, many of whom are not Australians. This is a tax that the mining industry agreed they should pay and hurts no companies or employees until they are super profitable.

In other words, they’ll remove tax concessions on Super for low income earners, but retain it for the most wealthy. I’d be fascinated to see Judith Sloan (one of the more notable apologists for the Coalition) spin this.


This should be read by anyone venturing into the bush.

These include wearing forks in the hair, spreading Vegemite behind the ears or under the armpits, and even urinating on oneself, to deter the species.

We* are better than this 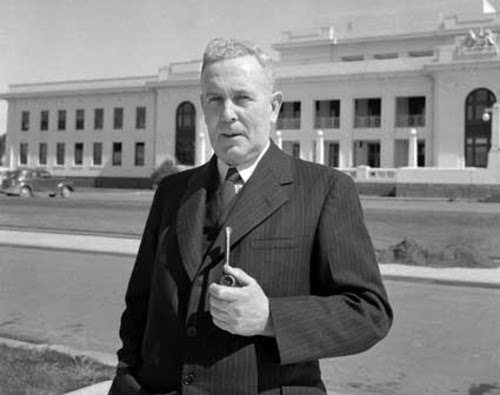 I'm reblogging this from Above the Fold, because it is well thought through and well written.

I also agree with large parts of it, especially as it refers to the way that federal Labor has behaved since June 2010.

I'd add a couple of reasons to those listed as to why the writer continues to support Labor.

One is that the alternative is worse. I have no desire to see my country governed by the spivs and squareheads that I remember from the Bjelke-Petersen era in Queensland.

The fact that we have been dragged back into that environment by possibly the biggest liar to occupy the Premier's chair in Queensland is also a timely reminder.

The other reason is that the current government has done more for the people I work with than any government since Whitlam.

Having said that, since Rudd's demise, the Labor party has moved so far to the Right, that it no longer represents my political values.

That leaves, of course, the Greens, who on many policies have inherited the old Labor values of fairness, equity and compassion, that have been handed down to me by my parents.

I'm uncomfortable with some of their policies, but would support them in the senate and Labor in the Reps, unless something weird happens before the next election.

*I'm not a member of any political party. I just nicked Monkey Typist's title.

I'd like a dollar for every word that's been penned about the new pope.

There's conjecture about whether he'll take the church off in a new direction, whether he's progressive or conservative, and the significance of his choice of title.

All of this will sell newspapers and lift ratings, but maybe it's worth looking at what he's actually saying.

This is the text of his homily at the Inauguration of his Papal Ministry.

The vocation of being a "protector", however, is not just something involving us Christians alone; it also has a prior dimension which is simply human, involving everyone. It means protecting all creation, the beauty of the created world, as the Book of Genesis tells us and as Saint Francis of Assisi showed us. It means respecting each of God's creatures and respecting the environment in which we live. It means protecting people, showing loving concern for each and every person, especially children, the elderly, those in need, who are often the last we think about. It means caring for one another in our families: husbands and wives first protect one another, and then, as parents, they care for their children, and children themselves, in time, protect their parents. It means building sincere friendships in which we protect one another in trust, respect, and goodness.

Please, I would like to ask all those who have positions of responsibility in economic, political and social life, and all men and women of goodwill: let us be "protectors" of creation, protectors of God's plan inscribed in nature, protectors of one another and of the environment.

To protect Jesus with Mary, to protect the whole of creation, to protect each person, especially the poorest, to protect ourselves: this is a service that the Bishop of Rome is called to carry out, yet one to which all of us are called, so that the star of hope will shine brightly. Let us protect with love all that God has given us!

There's a consistent theme through this homily.

Time for something a bit laid-back, and matching a rainy Toowoomba afternoon.