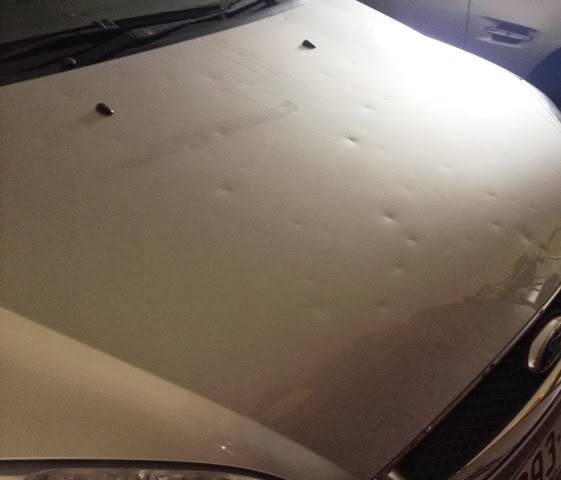 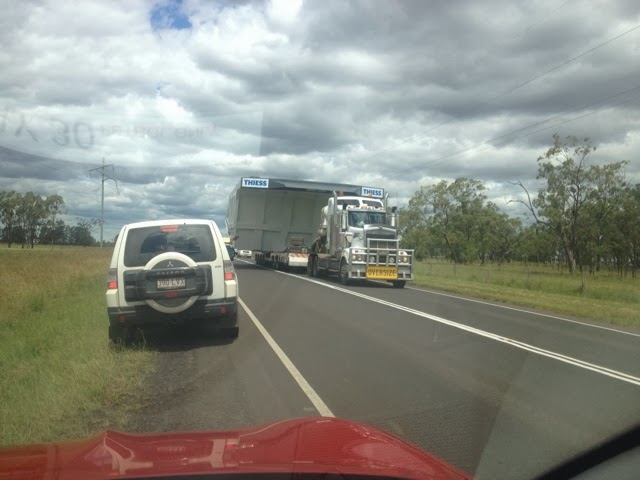 I've been driving up and down the Warrego Highway in this job since 2006,
and have seen lots of changes.

Not all of them are for the better.

This was brought home to me yesterday when I arrived on the scene of an accident at 6.30 am on the journey West.

It was an all-too-familiar scenario. Two young men in a small sedan had been heading East and had stopped on a three lane section of road (two lanes West; one lane East) to turn on to a side road. A woman driving a larger car had not seen them (sun in her eyes?) and ploughed into the back of their car at full speed.

On that section of road, full speed was probably about 80kph.

By the time I'd pulled up, a bloke in army uniform had helped her out of her car and was doing a good job of looking after her, so I went to the help of the two men in the other car. It had copped a helluva whack, as it was about two-thirds its original length. The fact that it folded up pretty comprehensively, probably contributed to the fact that neither were badly injured, although shocked and bruised.

I sat them down, offered reassurance, and set about trying to make sure that no one else ended up adding to the chaos, as the position of the sun was a problem for the Eastbound traffic.

Most drivers slowed, but about 10% didn't. Unfortunately this 10% are always on the road. I see them all the time.

The towies turned up  in about ten minutes, and the emergency services people in about fifteen. The towies obviously monitor the police frequencies.

Fortunately, none of the injuries were life threatening, but I'd be surprised if the woman in the second car didn't need to spend some time in hospital.

I resumed my 350 km journey, pondering how much more dangerous this road has become since I started driving it seven years ago.

The explosion of mining development in the Surat basin has a cost. There's so much more traffic, the road has been steadily destroyed by the heavy machinery, and seems to need rebuilding every two years.

Your taxes and mine are paying for this. It's a pity the mining companies aren't paying their share, and it doesn't look like they ever will.