This is posted, gentle reader, for two reasons.

One is that it is a moving and evocative piece of music.

The other because a member of my extended family (my nephew) is a member of the Brisbane based choir, Voices of Birralee, which is currently on a WW1 commemorative tour in France. they are performing at Amiens, Villers-Bretonneux and Bullecourt, among other locations.

This performance was recorded in L’église de la Madeleine in the 8th arrondissement of Paris.

Of all the money that e'er I had 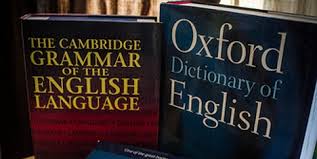 These three words are driving me spare!

It is impossible to read or watch media without each of them being misused, overused, or simply dropped into the text or dialogue without any care or understanding of their meaning and usage.

The dictionary meaning is “the embodiment of unique characteristics; the only specimen of a given kind.”

Yet how often is it applied to something slightly unusual, and more frequently than not, an adjective is attached, so we end up with stuff like – “very unique”. What part of “only” is not understood? Something is either unique or it isn’t.

Then there's "incredible". The word means “so extraordinary as to seem impossible”.

To me, the extraordinary thing is the frequency with which it is applied breathlessly to some situation or performance of note. It seems to be one of the few descriptive words known by your average sporting commentator. Taken literally, we’ve seen a rash of extraordinary and/or impossible performances recently.

Perhaps these performances have become so commonplace that before too long a whole new lexicon will have to be invented. The sky’s the limit.

Perhaps we can begin to use words nicked from other languages. How about “giaman”? (Pidgin). 
It doesn’t mean “incredible”, by the way.

But the one that really gives me the irits* is “icon”.

The funny thing about this word is that it lay dormant for a very long time, and then suddenly (about five years ago, I reckon), it exploded on to the scene.

Years ago, when I was studying comparative religion, was the first time I remember coming across this word. It was presented in the context of artistic renderings of religious symbols and was usually applied to representations of Christ, the Virgin Mary, or a saint, usually painted in oil on a wooden panel, depicted in a traditional Byzantine style and venerated in the Eastern Church.

So how did it come to be applied to people who have become well known? What is religious about celebrity? That’s quite a semantic stretch.

I guess that celebrity worship, often driven by marketing, has become a product of contemporary culture in the absence of more traditional belief systems.

But the change in meaning is an enormous leap from the original.

I know – English is a living language, but that doesn’t excuse treating well established meaning like yesterday’s food packaging.

Don’t get me going on the packaging industry………….