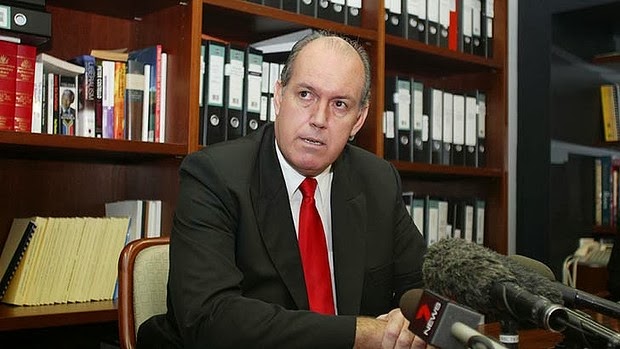 I sent this off to David Johnstone, after watching his rant about the ABC. It will be interesting to see if I get a response.

I write after watching your recent interview on television which included intemperate language directed at the ABC.

Over forty years ago, in 1970, I served as a conscript in 7 RAR, on the battalion's second tour of duty in South Vietnam.

I well remember how conscripts, "called up" by a Coalition government, were dropped like proverbial hot potatoes on our return to Australia.

I recall a Liberal booth worker abusing me roundly in the 1975 federal election, when my father (voting with me at the time) told him I was a Vietnam veteran and that I would never vote for a party that sent me to an undeclared war, whilst the bulk of my peers enjoyed civilian life.

I recall this Liberal booth worker telling me that I hadn’t fought for him, and that Vietnam wasn't a "real" war. This attitude was typical not only of Labor politicians, but also of your colleagues at the time. We were persona non gratia in the country we had been conscripted to fight and die for.

The Labor party at least were not hypocrites. They opposed the commitment from the beginning. The Coalition amended the National Service act, sent conscripts to an undeclared war, and then abandoned and disowned us when the political tide turned.

When it comes to the ABC, it’s right and proper that the media question the conduct of ADF personnel when they have reason to do so. This country, minister, is a democracy, not a plutocracy (like Soviet Russia) with a compliant media.

You may recall the My Lai massacre. No doubt the troops who committed these atrocities at the time had the support of their government. It took a media, searching for the truth, to ultimately tell the citizens who voted for the government that sent these soldiers to war what they were doing in their name.

One of the principles that I was fighting for in Vietnam in 1970 was freedom of the press.

This same press freedom helped end the tragedy that was Vietnam when Australian voters became aware of the reality of that conflict.

It rankles, therefore, when I see a Liberal minister abusing a media organization which has the temerity to report allegations about misconduct of service personnel in the guise of loyalty to these same personnel.

It is disgraceful that responsibility for Operation Sovereign Borders has been removed from your portfolio to that of Immigration, although this situation clearly exposes the sad fact that ADF personnel are being used as collateral in a political campaign.

Please reflect on the wisdom of ADF personnel being used for political purposes. I would have thought that after the sad lessons of Vietnam, no Australian government would ever do that again.

Unfortunately, after your behaviour recently, it is clear that this lesson has not been learned.

By all means defend the ADF, but you should also defend the right of media organisations to hold them, and you, to account, just as I was held to account forty four years ago.