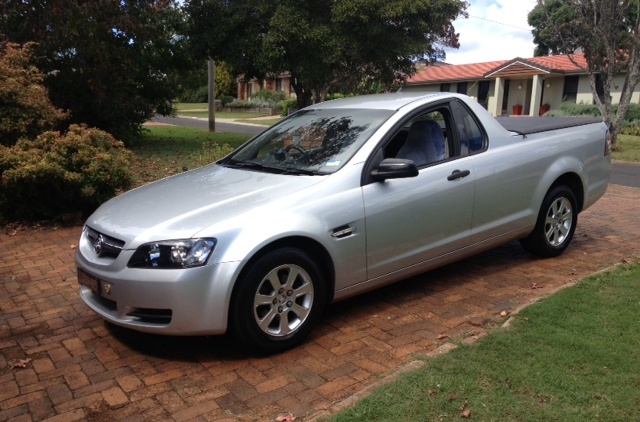 These wheels take 225/60R16 tyres, so the original tyres went back on, and the healthy 60 profile is maintained.

Being an old fart, I can't come at 45 profile tyres on a ute - too noisy, too uncomfortable, and the mark of the Bogan.

The MSM is full of copy about Maggie Thatcher.

My thoughts go out to her family.

Sometimes I think that the corporate media celebrates every time a celebrity dies, as it does wonders for circulation and ratings.

Much of what is published is cliché, based on whatever narrative the MSM has developed about the celebrity over time. Given the pace and volume, it’s clear that much of it is prepared prior to the event.

I guess that these opportunities have to be exploited to the hilt. We’re told over and over again that the media is a market and markets, after all, are there to be exploited.

Thatcher was a divisive figure. I have no strong opinions about her one way or another, but it might be interesting to examine the long term results of her fabled determination not to be turned.

Her pet hates were as strong as her pet loves. One of her pet hates was Communism, so that any nation that espoused it became automatically the subject of her derision.

Sometimes I think this got in the way of her better judgement.

At one point she expressed qualified support for the Khmer Rouge. This resulted more from her hatred of the Vietnamese rather than her love of the Cambodians.

Well, that is what I am assured by people who know. So, you’ll find that the more reasonable ones of the Khmer Rouge will have to play some part in the future government, but only a minority part. I share your utter horror that these terrible things went on in Kampuchea. The United Nations couldn’t do anything about them, none of us could do anything about them. They were absolutely terrible.

Perhaps she can be forgiven, as the interview was in a good cause.

She also consistently supported Pinochet. Perhaps this was an aftermath of the Falklands war, but Maggie obviously had no love of Pinochet’s Communist opponents. From the Guardian -  -

Today I break my self-denying ordinance. And for a very good reason, namely to express my outrage at the callous and unjust treatment of Senator Pinochet. But first I want to extend a personal welcome to our Chilean guests, who have come half way round the world to be with us. They should understand the deep sense of shame and anger we feel at the way in which Chile - its honour, its dignity, its sovereignty and its former ruler - have been treated.

She famously wouldn’t negotiate with Northern Ireland. In retrospect, it’s hard to see how this helped to make peace. There’s a strong argument that the killing may have stopped years before it did if she had been a little more conciliatory.

Here’s an extract from a piece in Bloomberg -

Most visibly, it boosted Republican terrorism. Violent deaths related to the conflict rose to 101 in 1981 from 76 the year before, including 44 members of the security forces. Injuries rose to 1,350 from 801. Shootings increased to 1,142 from 642, and bombings reached nearly 400 that year. Far from demonstrating that the IRA's struggle was a lost one, Thatcher only intensified its opposition to rule by what it considered an ever more brutal occupying force. The horrific campaign would culminate in the IRA's attempted assassination of Thatcher herself at the Conservative Party Conference in 1984. The prime minister narrowly escaped, but five others were killed.

It’s interesting to look at the rich-poor gap today. Thatcher is held up by her admirers as having saved  Britain..
From Global Research -

Of course, any evaluation of Margaret Thatcher’s legacy will be swayed on the basis of the gap between the type of society that people aspire to live in and the kind of society that they currently have. Unfortunately, for millions of ordinary Brits, the gap between the two has become a chasm. For many, any assessment of Margaret Thatcher is already set in stone. Ultimately, Thatcher helped deliver Britain into the hands of the bankers and oligarchies that have not only come to dominate Britain, but the wider world too.
Due to her strident anti-socialist rhetoric, the USSR once called her the iron lady. However, history has shown her to be no iron maiden, but a mere handmaiden.

I don’t agree with all of that, but it’s hard to look at the statistics and believe that she “saved” the country.. 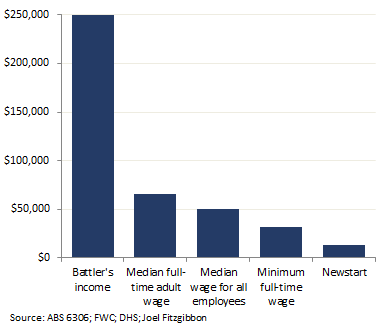 It sums up rather neatly much of the rubbish that's been tossed at us from News Ltd in reference to Superannuation recently.