Both Tony Abbott and Julia Gillard were born overseas.

Both came to this country on boats.

Former Prime Minister Julia Gillard migrated with her family from Barry, Vale of Glamorgan, Wales in 1966,in her parents' hope the warmer climate would help her fix a lung infection.

The current Prime Minister, Tony Abbott, migrated in 1960 under the £10 scheme, despite the fact that his father had already lived in Australia after arriving at the beginning of WW2 on a "First Class Only" Blue Funnel Liner, served in the RAAF and studied dentistry at Sydney University at taxpayer expense, and that his mother was an Australian expatriate living in England at the time of his birth.

So Julia Gillard came for health reasons, and the Abbott family turned up looking for a better life, after his father was helped along by the Australian taxpayer.

So they were both ten pound Poms.

This meant that they paid only ten pounds for a passage that cost, at the time, about one hundred pounds. The Australian taxpayer picked up the rest of the tab.

Prior to 1 December 1973, migrants to Australia from Commonwealth countries were eligible to apply for Australian citizenship after one year's residence in Australia. In 1973 the residence requirement was extended to three years, then reduced to two years in November 1984. However, relatively few British migrants—compared to other postwar arrivals, such as Italians, Greeks and Turks—took up Australian citizenship.

In fact, it would not be inaccurate to call them country shoppers.

So, to make some comparisons with the current crop of boat people –

Costs – The ten pound Poms were paid for by the Australian taxpayer. Boat people these days pay people smugglers.

Motives – Ten pound Poms arrived on boats seeking a better life. So do the current crop of boat people.

Religion – The religion of the ten pound Poms was not an issue. Boat people these days are demonized by some because they are Muslims. Those that aren’t (Egyptian Coptic Christians, for example), are lumped together with Muslims and demonized anyway.

Manner of arrival – Ten pound Poms traveled on safe and reliable ocean liners. When they carried ports and wore expensive clothes off their ships, nobody was bothered. Boat people these days are criticized if they carry briefcases or wear expensive clothes. They arrive in rickety boats.

The biggest difference of course, is that the current crop isn’t (as the song says) “neat and clean and well-advised”.

I wonder if my ancestors, when they arrived here in 1860, were “neat and clean and well-advised”. According to the old Irish song – not likely.

When you stand back and look at it, you could very easily come to the conclusion that we’ve lost a great deal of compassion and decency since the days of the ten pound Poms.

But then, what would I know? 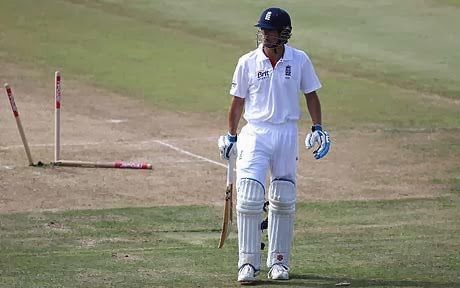 My sister, who has a fine sense of humour, sent me this.

I thought it was worth sharing.

On Monday I had a long conversation on the phone with a patient woman in the Govia call centre.

For the non-Queenslanders, Govia is the corporation that manages the tollway that takes Toowoomba people to Brisbane airport from the Warrego highway.

I could avoid the tolls, but the Warrego is iffy with all the rebuilding at the moment, and you need to be on time when meeting aircraft. I missed a plane last year because of the roadworks, but that’s another story.

Three days prior to making the trip, I phoned Govia (because their website didn’t seem to be working), to update my account details as I had renewed both car and credit card.

I repeat this call was made THREE days before the journey. The guy who answered was surly and patronizing.

I also ordered a couple of the tag thingies, one for each car.

Anyhow, after travelling twice to the airport from Toowoomba (alternatively collecting and depositing number two son after his spell home for Christmas) I felt secure in the thought that all matters Govia were organised and in hand.

A letter arrived at the end of last week.

It was a letter of demand from Govia demanding $18.16 for what they called an “unregistered toll”.

It also contained the following in large red shouty text –

Pay now to avoid an Infringement Notice in excess of $140.

Given that the letter arrived two days before the deadline added to the bizarre nature of the process.

I immediately paid the amount through BPay, but phoned anyway, because I no longer trusted Govia to manage my account.

The patient woman dealing with my call couldn’t understand why my phone call three days before the journey hadn’t been recorded on the system, although all details were up to date.

It has occurred to me that the surly individual sabotaged the process. I have no proof of this, but it is very strange.

The transaction went through, but I’ve still been hit with the $7.71 administration fee. I’ve registered a complaint about this with Govia, and asked for a refund.

No response so far.