We're Better Than This 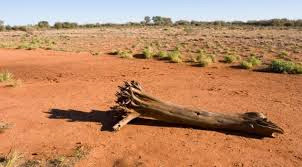 It's funny how apparently disconnected events can conspire to shape our futures.

Back in 2004, I had just retired from the principalship and was looking forward to what I anticipated would be an interesting and satisfying time free of responsibility and stress. Out of the blue came a phone call from a bureaucrat in the organization who was struggling to meet the needs of a family in a small regional township.

The school had no staff with any experience in special needs, nor was it physically equipped to support access for a student with his complex combination of impairments. I was asked to set up a program which would make the enrolment work. It required staff recruitment and training, considerations of access, organization of the minimal available resources, and working with the school community.

I took it on without a second thought, believing that once the process was set up, I could gracefully withdraw from the fray. By the end of term one, all of this was in place and working. An enthusiastic beginning teacher and a "can-do" teacher's aide had already developed into a strong and viable team. Essentially, the rest of the class and the whole school community were recruited into the support team.

Looking back on it, they actually recruited themselves, driven by the bush sense of a fair go, and simple generosity. They taught me a great deal. But the withdrawing from the fray bit never happened. As the year went on, I picked up more and more students in similar situations. After two years, I had a case load of forty. Ten years the track, I'm still in the game, only more so, still enjoying the work, and well and truly embarked on a second career supporting bush kids with disabilities. The fact that it is part time gives me space to do a bunch of other things, including maintaining this humble blog.

After the passage of ten years (where did it go?) an invitation to attend this lad's year 12 graduation turned up, and I drove the 150kms last Friday to get there. I was very glad I did. I listened to the speeches and found myself agreeing with the sentiment expressed that his contribution to the lives of those who both supported him and were his school peers was more than significant.

He and his family had taught us a great deal about determination, devotion, and endurance. It simply emphasizes the fact that we are a social species, and we improve and grow as a community if we cooperate rather than compete.

This little school, and a succession of staff and students have shown how it is done, over the years. And eighteen years ago, this lad made a very wise choice of mother.
at November 23, 2014 1 comment: