What's good for the geese…. 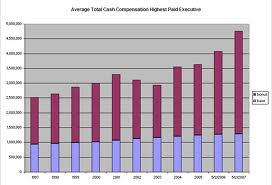 I rarely buy the Fin, but this headline caught my eye – No slowdown for CEO pay amid market turmoil.

You can read it here, but it highlights a phenomenon that has become an accepted part of our national business landscape. I’m talking about the complete disassociation between performance and remuneration in the world of corporate managerialism.

As the Fin points out, many of these characters have overseen the bottom fall out of the share price on their watch, but there seems to be a total disconnect between this and the massive money they pull. It's telling that in this country only one third of the top 50 companies are prepared to disclose CEO remuneration to shareholders.

Remind me again how important it is that no ceiling is put on corporate remuneration. The party line goes something like this –

These CEOs must be paid at the top of the scale in order to attract people who improve the company’s bottom line.

You can assume, therefore, that applying the most basic of logic, if the firm is bleeding red, the CEO’s remuneration should also dip. Sorry – doesn’t happen, most of the time.

These are US figures, but not much is different here.

Back in the nineties I was on the board of a high profile charity. My fellow board members were a mixture of medicos, wealthy businessmen (no women) and individuals of influence in the city. There was one (token) person with a disability. We were all pro bono.

This was an eye-opening experience – they were well meaning people, but the culture of the board made me, for one, feel very uncomfortable. It was a culture of entitlement and privileged arrogance. No doubt this culture migrated from the boardrooms of the companies of origin of these people, but it was selfish, banal and cynical. They often spoke about their CEOs, and it came across that CEOs and board members were somehow a race apart, separated by some magical properties from everyone else in the organisation. It had to do with power and privilege, that most unholy of combinations.

Understanding this has helped me to understand why the obscenity of CEO remuneration is maintained, and why it resists with such determination any effort to rein it in.

We hear plenty about performance pay for teachers. I’d be prepared to give it a try, just as soon as it becomes accepted practice for CEOs.
at October 01, 2011 No comments: 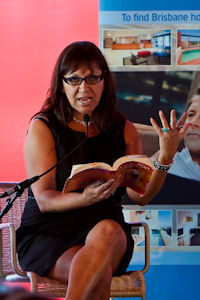 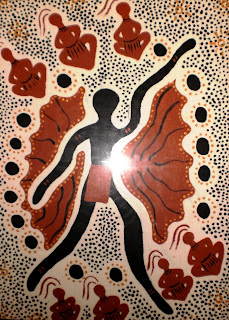 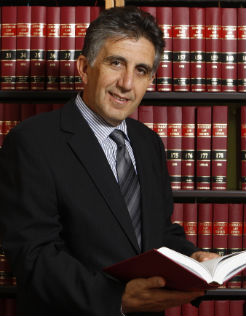 Bromberg's judgement on Bolt is worth a read.

So many have commented without doing so.

My take is that he could have made no other judgement on the basis of the legislation.
at September 29, 2011 2 comments:

The Ghost in the Machine

The rat has been removed, but its ghost remains.

Not long after the successful rodent extraction, the ABS warning light started to glow intermittently. The car was due for a service, so in it went.

Verdict – faulty ABS sensor. Fair enough – but which sensor? The answer was passenger side front – the same place where the rat was found. 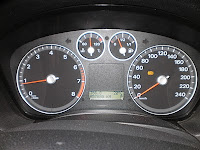 The problem is, the light continues to glow intermittently, despite a new sensor and sender.

Now I’m looking for an exorcist. Anyone out there know one close to Toowoomba?
at September 27, 2011 No comments:


A few posts ago, I threatened more stories about the Dangi.
The first time I visited, I asked the bloke with me (who had been there before) why there was a pile of car keys on the turn-off from the Mt Isa – Dajarra road. Turned out that when the local Murris went into Mt Isa to buy cars (usually rego-expired Holdens or Falcons) they’d rip out the key-start barrel and leave the wires dangling so keys weren’t necessary.
That way, the car was available for immediate and shared use by anyone on the place. The cars usually lasted about a year. When they died, they were tipped upside down and used for parts.
I was part of a team back in the 90s negotiating the siting of a new school at the Dangi. It was highly political as the Murris (who outnumbered the non-Murris by about 4 to 1) wanted it built on their settlement about 2 kms out of town, whilst the non-Murris wanted it sited next door to the pub. John Laws and Tony McGrady had been involved and were waiting on the sidelines for the whole deal to go belly-up and become an election issue. The Regional Director wanted a solution which didn’t end up in the media.
We would get the locals together for meetings which would usually degenerate into total and complete disagreement about everything. From memory, there were three unsuccessful meetings. On one occasion, we stayed at the pub overnight. It was February, and stinking hot, so after a few (or maybe more than a few) cold ones at the bar, we set our swags up outside, rather than in the tin shed that passed back then for accommodation.

I remember slowly waking next morning to a strange and powerful stink. Opening my eyes, I saw, about a foot from my face, the snout of a young camel which was checking out the visitor. Camel breath first up after a night on the turps is not recommended. There were three of them hobbled near the pub.
Eventually the school was built halfway between the two preferred options, so we pleased nobody. The principal was provided with a troop carrier which was used to bus the non-Murris in each day (all 4 of them) whilst the Murri kids were happy to walk. They were more likely to go to school if left to their own devices. As far as I know the school still operates. Back then lots of kids moved across the border between Urandangi and Alpurrurulam and keeping track of them was an issue.
Prior to this school there was one operating in the 1930s, but the Principal committed suicide and the school was closed.
That’s a whole other story.
at September 26, 2011 No comments:

Ry Cooder ▬ No Banker Left Behind

Ry Cooder's take on the GFC. 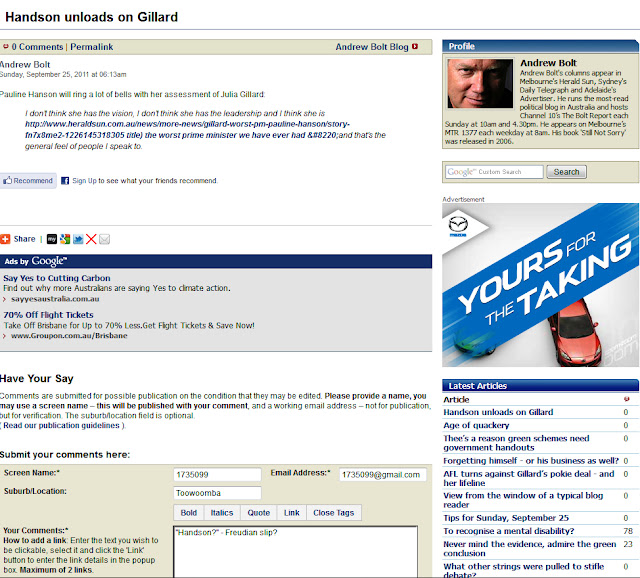 I wonder why it wasn't posted. (Click to enlarge).
Obviously Blot has no sense of humour.
This is professional journalism?