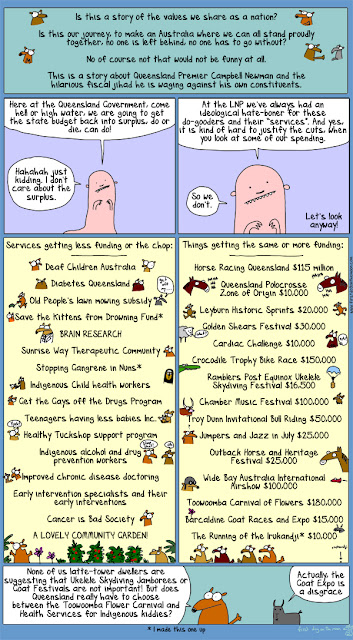 Some cartoons are funny. This one is hilarious.

It's been a memorable week. I've spent six days with six blokes I served with at a battalion reunion. We were all, at some time during 1970, members of B Company, 7RAR. Three of the crew I hadn't seen since that time.

This is the first reunion I've attended. It won't be the last. I now regret not being at the others. We hired a condominium in the heart of Melbourne. The fact that there was only one shower and toilet for seven old geezers didn't bother us. This accommodation was a vast improvement on the clammy Vietnamese soil replete with scorpions and snakes that we slept on for months at a time many years ago.

We come from all over the country and are a mixed and varied lot - all successful in our own right - a real estate salesman, an accountant, a bloke who runs a bread and breakfast, a printer, a manager, a warrant officer and a school principal. Four decades of life experiences have intervened, and we were (and are) very different people, but we clicked as if the forty year gap didn't exist.

Back then, the distinction between Nashos and Regs was irrelevant. Nothing has changed. I'd have to think hard now to remember which was which. Race, politics and religion are also irrelevant. Political disagreements pale into insignificance against a background of shared risk and discomfort in a war zone.

Most are married, but not all marriages have endured. Vietnam Veterans are generally high maintenance partners. Those of us who remain married are grateful to our wives. Perhaps there should be a special medal struck for them. We're all at the stage of life when we’re either retired or about to be, and finding ourselves with time to think and look at our lives post-Vietnam.

Bonds like these forged in shared hardship and duress are solid and endure the march of time.

This unique connection gave us permission to endlessly pay out on each other, to behave much as we did when we were twenty (as against sixty), and to fall back into the old roles we adopted way back when. We're still twenty year-olds at heart. Men take a long time to grow up. I'll let you know when I have.

The way we talk to each other - the discourse of old soldiers - is unique. There are the one-liners, most of which I can't repeat here. Some examples will suffice -

"I've appointed you as my sexual adviser, so if I want f**king advice from you, I'll ask for it".

"Anyone who can't tap dance is a poofter" (always said whilst furiously tap dancing").

Written here, this banter looks bizarre and juvenile. In context, with this group, especially after a drink or three - it's absolutely hilarious.

Together again, we reformed as a team. Together again, it was us against the world. The fact that the world we were in (metropolitan Melbourne) wasn't necessarily hostile was neither here nor there.

This morning in Melbourne there are a few bewildered taxi drivers who wonder what hit them. It's not an unreasonable expectation that a Melbourne taxi driver knows the location of Crown Casino, and said driver shouldn't have been too surprised when the language became colourful after he asked us for directions.

The older we get, the better we used to be, and our stories consistently improve with the telling. Every now and again would come a revelation, an understanding, that had been dormant for 40 years.

Those who didn't survive were honoured, formally with both respect and sorrow at the cenotaph, and informally, with humour, around a few beers.

Above all, it is perhaps this - our capacity to laugh at ourselves and at each other - that is at the core of our friendship. 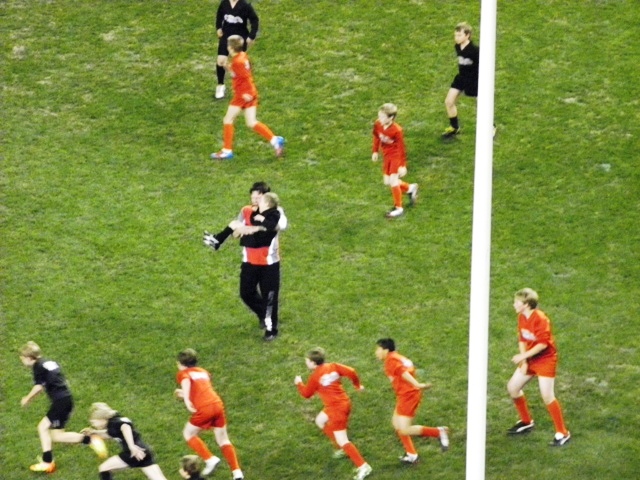