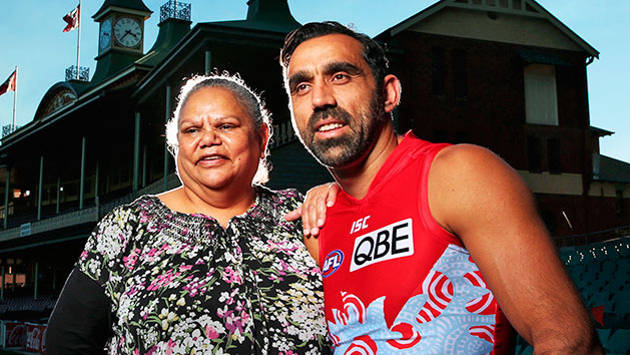 The usual conflict entrepreneurs are exploiting the Adam Goodes controversy for all it's worth. They're driven by the adage - Never let an opportunity to sell a paper or attract a mouse click go by. There's a dollar in it, dontcha know........

The fact that there are real live human beings on the receiving end of it all - whether a thirteen year-old and her family, or a champion footballer; makes no difference.

They're simply expendable sacrifices on the altar of media banality.

The controversy made me consider my experiences of racism, as I've lived and worked in a wide range of communities in metropolitan, regional and remote .

I was brought up in , and one of my earliest memories of my mother (a teacher) was when she donated a set of my clothing, including some treasured shoes, to an aboriginal lad in her class (at Carmila) who was doing it tough. He was about my size, and the clothes fitted him well, as did the shoes. Shoes were a big deal in those days, as we went to school barefoot, and the shoes were Sunday best. I was more than a little miffed.

Mum was colour blind. She saw only a small person who needed help.

Later, when I was a bit older, we moved a little closer to Mackay, to , where the school had a seven stone seven league team. I played wing - I wasn't able to do too much damage in that position. There were a mix of kids, at the school, including offspring of Maltese and Italians who had migrated to the area as cane cutters, worked hard, saved their earnings and bought cane farms.

There was also a scattering of kids of Islander and Torres Strait Aboriginal heritage, plus a few who were descendants of Pacific Islanders who were pressed ganged in the late nineteenth century to work on the cane. Back then they were called Kanakas, but that term can be offensive, so I'll refer to them as South Sea Islanders.

Some of the Aboriginal kids were good players, as were the South Sea Islanders, although the former usually played in the backs (they could run and kick like nobody's business) and the latter in the forwards (they were built like the proverbial brick outhouses).

Unfortunately for my team (called North Eton when we won and when we lost) these Aboriginal and Islander kids generally played for Mirani, and they usually beat us. When this happened, there were always complaints directed at their racial origin. Many of these complaints were shouted at the player s in the form of abuse from the sidelines. The players were children aged from eleven to fourteen - and about the same age as the thirteen year-old who yelled abuse at Goodes.

I wonder whether we've actually made any progress. Back then, this abuse directed at kids whilst frowned upon, but tolerated. These days, when an Indigenous player calls a teenager out for vilification, he's condemned. Both are examples of racial abuse, and both are/were unacceptable.

In the intervening decades (with the exception of my time in the army - more about that later) I had little to do with Aboriginal and Torres Strait Islander people until I was appointed principal of a special school in Townsville. This school serviced a community of kids with severe disabilities who lived in a local nursing home. Over 40% of them came from the , and once sent south to live in the nursing home rarely if ever returned to their communities. They were a unique group of "stolen children". The reasons they never went home (even during the long summer break) were complex, but in the end were down to the fact that their communities lacked the confidence and resources to get them home.

I see much of the same phenomenon now, in 2015, where children with disabilities in remote communities languish without proper treatment for similar reasons. At least now they're living with their families, rather than in sterile nursing homes. But I digress.

Back to the late nineties when I had a programme manager's job in Mt Isa, responsible for educational support for Aboriginal and Torres Strait Islander students. There weren't too many Islanders (bluewater people) in the North-West, but lots of Murris (brownwater people) in the schools.

One of the issues we had to address was the suicide rate amongst Aboriginal teenagers in the area. The availability of firearms, and the lack of counselling support were contributing factors. We couldn't do much about the firearms (although the gun buy back that happened at that time may have helped a little), but we were able to improve the counselling support.

During this time, I was the guest of the on their speech night. Dajarra was 90% Aboriginal enrolment - probably still is. I took my two sons with me to provide company for the long return road trip, and they had the experience of being in the minority - two of about four white faces in a kids. The conversation in the car on the way back to Mt Isa (when we weren't counting wallabies and roos) was interesting.

For the first time in their young lives my sons knew what it felt like to be in the minority. This is an experience that has been denied to many Australians, and given what we've observed around Adam Goodes, it partly explains the controversy. The bigots screaming abuse would not have a clue about how it feels to be racially vilified, as they've never been on the receiving end.

One of the few positives about the army (at least when I was a member) was its institutional colour blindness - an attitude not unlike my mother's. The only thing that mattered on active service was the way we looked after each other on operations. If your skin was going to be saved, its colour was irrelevant, as was the colour of the skin of the digger watching your back.

My section had a West Indian Corporal - one of nature's gentlemen, and another member of my platoon was a Murri, one of the funniest men I've had the privilege of knowing. The other Aboriginal digger in my platoon from the was badly wounded when we hit bunkers and returned to in April 1970. Another, (in my company, not my platoon) committed suicide in 1979 when in custody.

I wonder how the likes of Bolt and Jones regard these men?

As far as the current controversy goes, and the hundreds of thousands of words written or spoken - I reckon Marcia Langdon sums it up pretty clearly -

I am sick of pig-ignorant bigots saying it (Goode's spear dance) means war. How dare they purport to represent our culture".

In reality, that's what gets the bigots wound up. They simply aren't prepared to concede indigenous people the power to own and interpret their own history and culture.

But as noted above, it sells lots of newspapers. 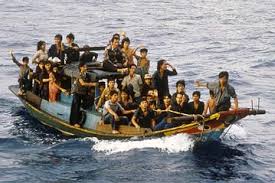