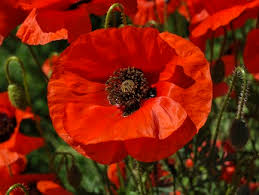 We hear a great deal, gentle reader, about "fake news". A textbook example of this popped up yesterday on my Facebook feed.


As a Vietnam veteran I subscribe to a number of ex-service networks. On one of them, a report from the UK's Daily Telegraph, was posted claiming that students at Cambridge university in the UK had dishonoured veterans by voting against a student council motion that they should promote commemorations on the upcoming Remembrance day.

This report, predictably, generated howls of outrage from the veterans' community, and plenty were posted on the feed.

When I read it, it struck me that there was something a bit fishy about the story. I went on line to the local paper (Cambridge News) in an attempt to check it out.
What was reported there, was interesting, although you have to read way past the headline to get the full story.

The actual sequence of events was this -

1. The Cambridge University Conservative Association (CUCA) put a motion to the students' union council (CUSU) which read – “The council should encourage the commemoration of British war veterans on Remembrance Day across the University of Cambridge.

2. The Cambridge Defend Education group proposed an amended motion which read – “The council should encourage the commemoration of those whose lives have been affected by war across the University of Cambridge”.

3. There was a vote on both motions, and both were defeated.

4. CUCA responded on their Facebook page, writing: “CUSU Council shockingly voted against the motion that they should promote commemorations this Remembrance Day and encourage students to support the Poppy Appeal.”

5. The Daily Telegraph got hold of the story from the CUCA Facebook page and wrote their report, neglecting to mention that two motions were put up and both voted down.

What really happened was the Daily Telegraph created outrage for clickbait.

The whole thing was a stunt generated by the Cambridge University's Conservative Association.

I'd be very surprised if the bulk of Cambridge students had strong feelings one way or another about Remembrance Day.
Posted by 1735099 at 07:26 0 comments