Politics is conducted with panache in Iceland 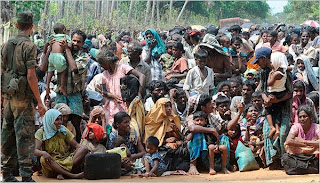 Paul Dobbyn in the Catholic Leader sheds some light on this vexed issue.

Is this what we've come to - a race to the xenophobic and ignorant bottom? It reflects what we used to call a "Jack Attitude*" when I was in the army.
The scary part is that fear of boats and refugees has traction with some voters. We've not really progressed since the 1950s.

*As in - stuff you - I'm alright.  See - http://www.thefreedictionary.com/jack