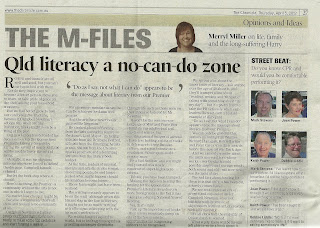 Riders on the Storm

Today I've been looking at some of the music that was around in 1971.

In 1971 I was teaching at what was called back then the "State School for Spastic Children" in New Farm, Brisbane. This was in marked contrast to what I had been doing in 1970.

I was coming to terms with civvy street and a reality where I could be pretty sure that I'd survive the next 24 hours, something not guaranteed during the previous twelve months.

The music that was around at the time instantly takes me back. This number "Riders on the Storm" probably didn't hit the charts in Brisbane until one year later, in 1972. I've always been fond of the Doors.

Thinking about it, I can remember the song lingering in my head when I was working in J C Cookes, making nails, as a fill-in job during uni breaks. I was on a rehab scholarship, but picked up labouring jobs during the long uni vacations, which kept my HR Holden on the road, amongst other things. This was in 1972, so my recollection is probably accurate.

You needed a song in your heart or your head at J C Cookes. The work was mind numbingly boring, and dangerous if you switched off - a bit like Vietnam.

Anyway, the music takes me back. The song was performed live only once, on The L.A. Woman tour at The Warehouse in New Orleans, Louisiana, on December 12, 1970, two days after my RTA.

This was The Doors' last public performance with Jim Morrison. The tour was cancelled after this concert.

Apologies, dear reader, if it doesn't have the same resonance for you as it does for me.
at April 03, 2012 2 comments: