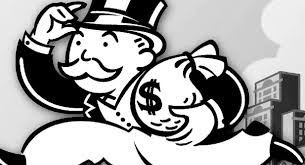 Do you pay tax, gentle reader?

The only exception to that was the year (1970) when I was on active service in South Vietnam.

Mind you, the ATO wasn't all that happy about that, and sent me a nasty letter in 1972 (it took them two years to catch up with me)  complaining that I hadn't submitted a return for the 1970 - 71 financial year.

Sending them a copy of my discharge certificate did the trick, but I never did get any acknowledgement or apology.

So that means I've been paying tax for fifty-two years, all my working life. It would be interesting to calculate the total I've paid during that time.

I reckon it would be well over six figures.

It is a bit mind-blowing, therefore, to be apprised of the fact that about 1500 corporate entities operating in this country haven't paid tax during the  2013 - 14 income year.

Note, once you get past those that paid no tax (first section in the list) you get to see the list of those who did actually pay tax. For these, the interesting part is the percentage of tax paid as a proportion of income. It averages at about 5%.

Anyhow, it's fascinating to note the following -

Some well know corporations are worth a mention -


Hard to believe? perhaps, but these are official ATO figures. Obviously there's a whole litany of tax whispering dodges that mere mortals like you and I aren't privileged to access.

That's a bloody sight less than what I pay, and have paid for over fifty years. It's clearly unjust, but is possible because there is a very profitable tax minimization industry operating in Australia, as it does everywhere else in the world.

As they say in the classics, there are crooks, and then there are tax lawyers. Generally the two groups are indistinguishable.

Perhaps the only action open to the mug taxpayer (like you and me) is to reveal the truth, and perhaps boycott the tax evading corporations. Maybe a social media campaign would be effective.

The News Limited media writes about dole bludgers. I wonder what it would take to get them to acknowledge tax bludgers?

But hang about, News Limited paid no tax on their $2.8 billion revenue last financial year.

There's a connection there somewhere.

The agreement recently signed in Paris is very significant, but perhaps not for the reasons trumpeted in most of the mainstream media.

Sure, there is now an international goal of reducing carbon emissions which should help ensure a viable future for generations ahead, and a rational application of the precautionary principle.

But that is not, gentle reader, the most significant element of this event.

As far as I know, this is the first time that so many nations have agreed on anything.

This demonstration of harmony, and its associated display of consensus is extraordinary.

This is best displayed by the reactions of the conflict entrepreneurs, both here and in the US.

Variously, the agreement is characterised as a socialist conspiracy, an attempt by the elites to take over, or the aberration of a lunatic religion.

These reactions convince me, just as the science does, that the agreement is critically important. The deniers have the same world view as those who authorised the spraying of deadly defoliant on the jungles of Vietnam.

Back then, the end justified the means, and now, the same thinking is revealed by these reactions. The difference is that the "end" is greed, not a military victory.

The result will probably be the same, but not before a great deal of wailing and gnashing of teeth by those with vested interest in the status quo.

It occurs to me that if so many nations can reach a consensus on this issue, then perhaps they should, under the auspices of the UN, begin looking at other significant international problems, such as poverty, preventable disease, and international terrorism.

In the case of the latter, any effort would have to be more successful that the current approach.