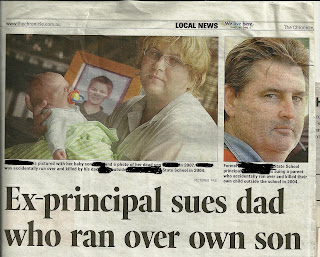 The current media enquiry has drawn plenty of comment.
Some believe that it is an attempt to muzzle News Limited. I doubt it, as the relationship between government and media is not so simple that it can be described in terms of Right and Left. Bias is always in the eye of the beholder.
Anyone who believes that media bias can be eliminated by regulation has been living under a rock for a long time. Ownership is a problem – that’s what needs to be sorted.
Back in the seventies when I was looking for units to finish an Arts degree, a degree which I completed purely for the hell of it after picking up the Education qualifications needed for my specialisations, I did a couple of Journalism subjects. That experience was sufficient to disabuse me of any notion that truth and accuracy has anything to do with modern Journalism.
We were taught at U of Q that it was the “story” that mattered, although an emphasis on accuracy gained through thorough and careful research was promoted. These days, the media cycle has accelerated to the point where there is simply not enough time for this.
As far as I’m concerned, bias is less of an issue than quality. A clear example of this is the sloppy work revealed by the case against Bolt last year. Read Justice Blomberg’s ruling to gain an insight into the very poor quality of the “journalism” exposed in that case.
These excuses for journalists operate at a range of levels, including provincial newspapers.
The local rag, the Toowoomba Chronicle, is a fine example.
A few years ago, the Chronicle published a front page story about a school Principal of my acquaintance who had to manage an incident when one of his students was accidentally killed in the street in front of the school. This little boy’s dad (driving his work truck) was dropping him off, and the child was run over trying to retrieve his school bag which was on the back of the truck.
The child was killed instantly, but the principal (a colleague of mine) was one of the first on the scene and attempted resuscitation until emergency services arrived.
He had first to deal with the attempted resuscitation, then the inconsolable father, and then manage the critical incident. He did a magnificent job. One of the smart things he did was to phone neighbouring schools and request than any non-teaching staff available be sent to his school to help. As a principal in a nearby school, I was non-teaching, so the deputy, myself and the Guidance Officer all travelled the two kilometres to his school.
We were quickly and efficiently organised, and I found myself looking after a group of year seven kids, one of whom was the older sister of the child killed. This child was removed to a staff room and the teacher I replaced was given the task of looking after this girl and the little boy’s older brother there, until out-of-town family could be organised to help.
It was an extraordinarily difficult day, and this principal’s performance was amazing. At various times, he had to manage police, emergency personnel, grieving parents and staff, and traumatised children, all in the full glare of local and state media who were on to the story from the get-go. Actions of some of the media I personally observed on that day could only be characterised as ghoulish.
This principal continued to provide strong and caring leadership during the immediate aftermath of the tragedy, organised the school community’s participation in the funeral, and assisted in the inquiries that followed.
Slowly, the school community got back to normal. But for this principal, nothing was ever the same again. About six months after the incident he was diagnosed with PTSD. He had cared for everyone except himself.
He went on sick leave, and after many unsuccessful attempts to get back on the rails was forced into involuntary retirement due to his health. He went through his own private hell during the aftermath. I understand some of it, as I tried briefly and unsuccessfully to help.
He was in his forties, married with four kids, so his payout wasn’t sufficient to live on. His lawyers took out a civil action against the father’s compulsory third party insurance in an attempt to provide an income for him and his family. The resources of the bereaved family were not targeted in any way – the insurance company was sued.
The local rag published a front page story under the headline “Ex-principal sues dad who ran over own son”.
This was published with an unflattering picture of the principal. He appeared obviously distressed and unkempt. I’m not sure when or where it was shot, but it has all the hallmarks of a picture taken in ambush.
The fact that the insurance company was being sued, not the father, was hidden in the guts of the story. The whole piece was designed to shock, and therefore to sell, a fine example of gutter journalism.
I wrote both to the reporter who wrote the piece and the editor, but my letter was ignored. In my letters I pointed out that both family and principal had been traumatised by the incident, and the crude publicity would clearly exacerbate their distress. Much later wrote to the press council, but they maintained that no laws had been broken, so it was OK.
Meanwhile this rubbish continues.
The current beat-up is about an alleged snub by the mayor of a local man who lost his wife and son in the 2011 January flood. The formula is the same – pick a target, create public outrage, and sell lots of papers.
The paper is a disgrace. No wonder it’s known locally as the Chronic.
And the Press Council? It’s totally useless.
at January 13, 2012 1 comment: 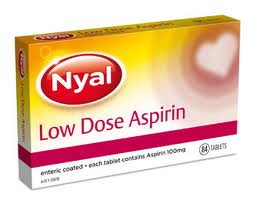 In any case, whilst neither are great, an ulcer is always preferable to a heart attack.
at January 11, 2012 No comments: