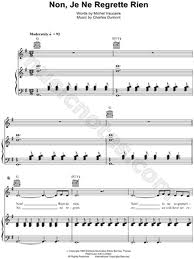 It came as a bit of a shock the other day to realise I've been working in the education of kids with disabilities for 40 years.

The realisation came about during an activity during the Pupil Free Days, when the group of about one hundred teachers I was with were asked to arrange themselves in an auditorium in order of years teaching.

I was at the end of the line, hopefully metaphorically only. The next person had been in the job for thirty-five years, and because it was a Western school rich in beginning teachers, most were concentrated at the front of the group. The biggest single cohort was graduates in their first year of teaching.

The gender balance was appalling - less than 10% were male.

It made me think about all sorts of things. What has changed? Do I have any regrets? Why am I still working in this field?

Plenty has changed - the above mentioned gender balance for a start. Back in 1971, there were many more men in the profession. There has been a steady decline which developed a real head of steam in the nineties. There are a number of reasons for this, mostly as a consequence of changing social values. It's a shame, because boys need men, and there are a large group of boys growing up in single parent families with no male models. These boys typically find their models in the wrong places - often on the street in gangs.

Some things have improved. Kids are encouraged to think, to be more questioning and evaluative, and unlike many of my generation I have no problem with this. Respect for authority (in the shape of teachers) should be earned rather than based on hierarchies. Having said this, some of the basic expectations of civility have gone, and that is a loss.

Politics is  increasingly intruding into the daily business of teaching and learning.  This has become a major issue since the media has realised that they can sell lots of newspapers by writing shock/horror stories about teachers.

I had a media management strategy when a principal which worked well. I would refuse to talk to a reporter unless his/her newspaper was prepared to make a donation to the school P & C. My argument was simple. I worked for the school, and unless my time with the reporter was going to benefit the school, it was better being spent on more productive tasks. Many media people took a very dim view of this.

These days, principals follow a protocol where all media enquiries are passed to a trained spin doctor in regional office.

Some things haven't changed. The majority of teachers are in the business because they enjoy it, and believe they are making a positive difference. The majority of parents value the work of teachers and support them strongly. The majority of kids love school, and enjoy learning. Schools, on the whole, tend to be supportive and nurturing repositories of sanity where kids can be kids.

Unfortunately the world outside the school gates is increasingly exploitative, materialistic and greed-driven. Part of a teacher's job is to keep this stuff outside where it belongs.

I certainly have no regrets about those forty years. I certainly will regret getting too old and doddery to continue to do this work when that inevitability occurs.

It's easy to find reasons to continue. The kids keep me honest. Their parents are a constant source of inspiration.

Watching an eight year-old with a deformed leg walking to school, with a big grin on his face, a cello almost as big as he is strapped to his back and a heavy bag in his hand, is inspirational. He wears a heavy piece of orthopaedic kit on the short leg, and the idea of strapping the cello to his back was his own. He refuses to ask someone else to carry it for him.

Reading an insightful little handbook about her daughter that a mum had written for her teacher was inspirational. The little girl is totally dependent and tube fed, but she goes to school daily with her friends. Mum's handbook is quite simply an act of love. Reading it reveals just what is involved in the care of this child, but parents of kids with disabilities are universally experts at loving and caring.

I'm also lucky enough to do a job which is intrinisically enjoyable. There is no typical day - I get to meet and work with a wide range of kids teachers and parents, and the part of the world in which I work is IMHO God's own country.