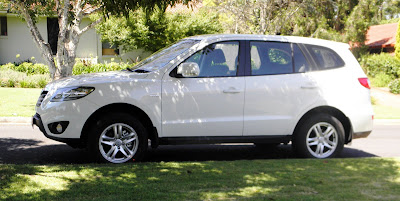 That’s the noise it made.

“It” being the brand new Hyundai Santa Fe that I was supposed to be driving to St George and points west next week.

The agency has leased three more of these things this year. Generally, they’re a good vehicle, basic, but built like a brick dunny and very capable on the roads I drive.

This one is obviously the exception that proves the rule. When I picked it up late yesterday (after the office closed and the fleet manager had knocked off for the weekend) my plan was an early start Monday morning. By early I mean first light.

It is almost new, having covered about 1500 km since delivery to the fleet, but it is marking pretty horrendous noises. It sounded like there was a whole platoon of little men with hammers hitting the transmission housing from the inside.

I dragged out the “Instructions to the driver” pamphlet in the glove box which told me that I should phone the RACQ.

I did, the techie turned up and I took him for a drive so he could diagnose (and perhaps fix) the problem.. 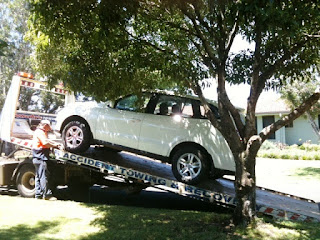 He looked a bit startled when he heard the noises it was making, and suggested – strongly – that I stop.

He jacked up both ends of the vehicle (one end at a time – you understand), wiggled each road wheel in turn, checked under the bonnet and under the chassis.

He emerged, scratching his head and muttering something about “no oil in the trannie”.

You can’t actually check the transmission oil in these things – they’re sealed for life.

I was told in no uncertain terms not to drive it, and it is being towed off to a holding yard for the weekend. On Monday it will be dropped off at the Hyundai dealer, when the workshop opens.

Wish me luck in getting another vehicle at short notice on Monday morning. Maybe I'll have to use the MX5.

I wonder whether it was worked on by an apprentice who was distracted by the weekend at its 1000 km service on Friday. Perhaps the minor detail of refilling the trannie was overlooked.

Turns out that the previous driver had a puncture in a rear tyre, changed the wheel, but didn't tighten the wheel nuts properly. For some reason he returned the vehicle in this state. The noise was the wheel oscillating on the studs. The RACQ bloke and I both overlooked this. 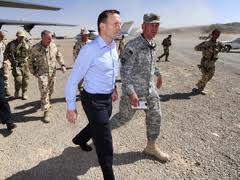 The controversy about Abbott’s “Shit happens” remark is a beatup, although his weird reaction to it is probably newsworthy.
Frankly, the way the media handles politicians visiting war zones is a complete nonsense.
I remember a visit from Vince Gair in SVN when I was in 7 RAR. Apart from the sight of an overweight and pudgy gentleman wandering around our lines followed by (I think) one cameraman, it was a non event.
I remember thinking “What on earth is he doing here?”, and from memory, most of us shared the same thoughts. We generally thought the whole thing was, to put it crudely, a bit of a wank.
I vaguely remember Malcolm Fraser visiting as Minister for Defence, but I may be wrong.
Nothing seems to have changed, except the degree of hype involved.
I don’t doubt the good intentions of the politicians (of all stripes) concerned in showing support for the diggers, but if it’s the diggers they want to support, why do they need to have an army of hangers on making sure they’re seen in the best light back home?
The answer is of course, wrapped up in promoting a political image, but the sad thing about it is the way in which the diggers are used as fodder in this enterprise.
I have a raw spot about this, given the way our service was treated when it was no longer politically popular. This treatment was across the board when I got home, irrespective of party politics. Nobody in politics wanted to know us.
Here’s a thought.
How about banning the media from travelling with politicians visiting soldiers on operational duty?
The diggers would feel supported and valued, and the politicians would be freer to be themselves, and in a better position to learn something without media minders.
What do you reckon?
Posted by 1735099 at 08:47 4 comments 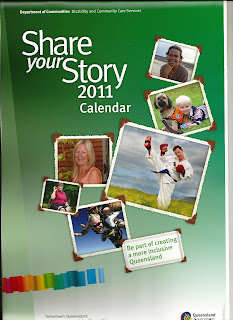 They're collectors items if you live interstate. They're also good quality.