With so much attention being given to conflict as I write this, let's take a moment, dear reader, to remember the end of a conflict.

I'm talking about the end of hostilities in Northern Ireland, formalized by the Good Friday agreement (Comhaontú Bhéal Feirste) on 10 April 1998.

With the death, announced today, of Ian Paisley, his journey and contribution should be remembered.

I say "journey" because Paisley fundamentally altered his position as time went on.

Tony Blair and Bill Clinton also played their part as did Queen Elizabeth. Her visit to the Irish Republic in 2011 was a major contribution to the healing process, although controversial at the time.

Mary Robinson then President of the Republic of Ireland, began the first official state visit to Britain by an Irish head of state in June 1996. This was also of enormous significance, coming as it did two years before the Good Friday settlement.

In fact, Robinson's contribution, quiet, courageous and mostly behind the scenes, was critical.

It's great shame that there are not more leaders with her commitment to peace in western democracies.

Why I Don't Carry a Handgun 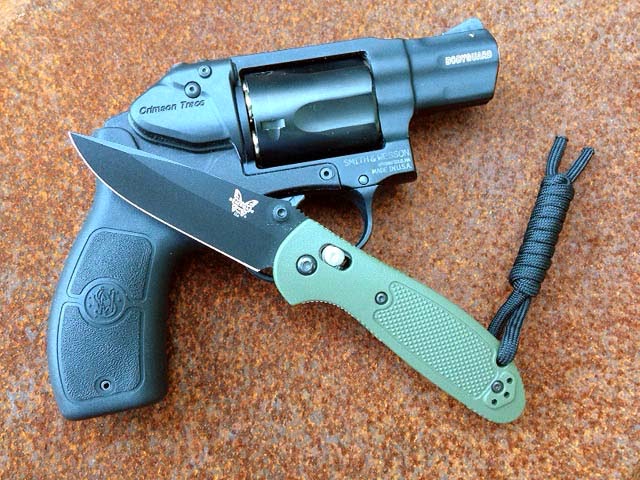 There are a plethora of blogs set up by gun lovers in the USA.

Some of the writers take themselves very very seriously.

They don't take kindly to ridicule. It is great fun, however.
There was a post the other day entitled This is Why I Carry a Handgun.
I thought I'd have a bit of fun with it.
This is the result.

The original post is in italics, my response in plain text. It does go on a bit -

I'm posting it here because it resonates with my experience when I visited a Catholic Church in Vung Tau in 2006.

If you had told me during my tour of duty in SVN in 1970 that people would be free to worship at Catholic churches in 2006 in Vietnam under a Communist government, I would not have believed you.

Perhaps reconciliation has finally been achieved - by peace - not war.

The beautiful statue of a youthful Mary stands in a realistic grotto with a sea of living blooms - chrysanthemums, marigolds and other colorful flowers - at her feet, with the Christ Child in her arms. But what enchanted me was the sand-filled stone tray below her, filled not with votive candles, but with aromatic joss sticks.

We were in Vietnam, at the magnificent Catholic church in the ancient seaport town of Hoi An, about midway up the coast of this intriguing country, which is gaining increasing attention among Australians as a tourist destination. Like many Eastern lands, Vietnam is a Buddhist country, but with a tolerant Communist background. It is still recovering from the aftermath of the struggle 50 years ago to throw off the century-old yoke of French colonization, followed by the tragic and bloody Vietnam War, in which Australia and the United States were involved.

Though relations with France were only restored towards the end of last century, much of French tradition and names remain- even the capital, renamed Ho Chi Min City in celebration of the leader of the fight for freedom, still bears many traces of its original name of Saigon in company and product names, and it is quaint to find some businesses retaining their original French names and logos. But in the 21st century, the violent memories of warfare have faded, and the friendly Vietnamese welcome visitors as their faltering economy make a slow recovery.

There is a vibrant Catholic minority in Vietnam, and centuries of missionary presence has left a tradition of devotion. Even during the week, the fragrant joss sticks (usually associated with Buddhism) were smoldering at Our Lady’s feet every day. The church itself would have been built by the French during their occupation, probably replacing an earlier chapel - a small grave­ yard alongside featured the tombs of five priests, dating back to the mid-16th Century, when Portuguese missionaries led by the revered St Francis Xavier spread the Christian faith to Far Eastern countries.

On the Sunday - after a three-dollar taxi ride from our hotel - we were privileged to join the Catholics of Hoi An in a memorable holy Mass. Not for the first time, I missed the universality of Latin: the young priest conducted the service in the local vernacular, but we were able to follow the familiar pattern of the Mass by observing his “body language” and gestures, and to make the responses in our own tongue. An interesting feature was that the seating in the Church was segregated - women and young children on the left, and men on the right.

My wife and I broke this local tradition by sitting together (on the female side) without Blessed Virgin: The grotto Shrine of Our Lady. It was the 14th Sunday in Ordinary Time, and the Gospel reading (in Vietnamese) was from Matthew 11:25 – “Jesus exclaimed: Ï bless you, Father, Lord of Heaven, and of Earth, for hiding these things from the learned and the clever, and revealing them to mere children…………”

This appeared to be the theme of the Mass, with 100 uniformed children aged roughly from eight to 15, occupying the six or seven front rows of the church- girls on the left, boys on the right. The uniforms were strange to me, but it was their Mass, and for his sermon, the priest walked up and down the isle between them with a portable microphone, asking questions from time to time, and broadcasting their answers as hands were raised.

It was beautiful, and afterwards we joined the locals to receive the Body of Christ, make our private prayers, and receive the final blessing. The pattern was very much what we have been accustomed to in our own church in Beenleigh. A cherished memory will always be the joy of attending holy Mass in devout and exotic surroundings - and lighting joss sticks at the Shrine of Our Lady.
at September 08, 2014 1 comment: