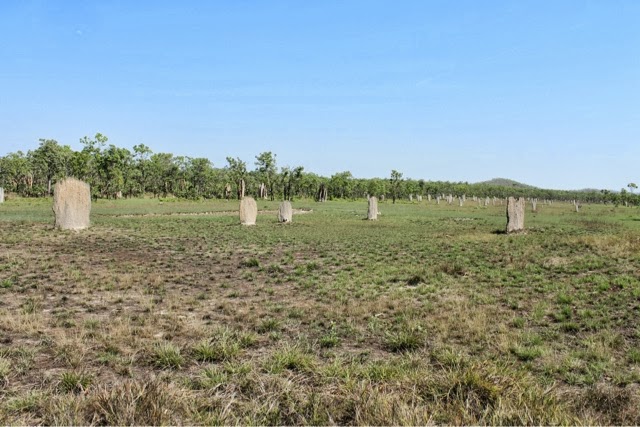 It's dry tropics country, crossed by a well-watered gorge system similar in many ways to Carnarvon gorge in Queensland, except that Carnarvon lacks crocs.

The flood plain country near the gorge is notable for termite mounds, many of which are built by termites with built-in compasses. These critters build their nests on a magnetic north-south alignment, which ensures that they take maximum advantage of the movement of the sun to keep things at optimum temperature, especially during the wet when the sun is on holiday.

This is more than theory, as scientists have exposed termites to powerful magnetic fields contradicting the natural ones. The termites will always build in the same alignment north-south to a powerful simulated field if it is stronger than the natural one. 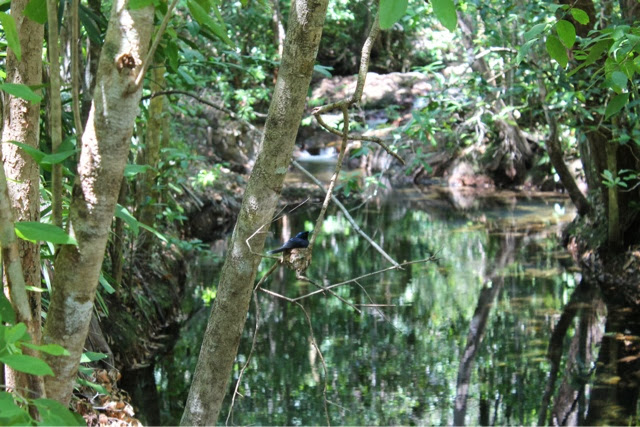 If you look closely at the pic above you will see a dark blue bird sitting on a nest. This is a Shining Flycatcher. He wasn't catching flies when I snapped him. Like most of the wildlife he was having a kip, as it was too hot for much activity. 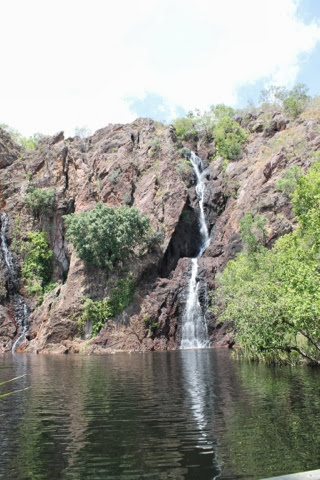 There are some spectular falls at Litchfield that flow all year round. These are Wangi Falls.

You can swim here. The crocs are rostered off.

Update - This is for Cav, who had trouble seeing the Flycatcher - 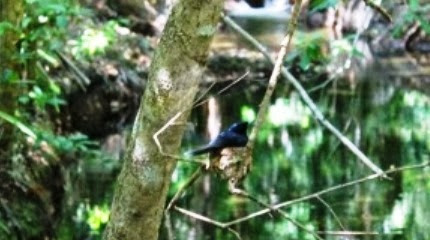 Yeah, I can just make out the bird in the tree - you need a better camera with some decent zoom.

We did the Ghan earlier this year so I am disappointed you didn't photograph the pole man - neither did I even though the train slowed to a crawl.

We've been on the Ghan and also the Indian Pacific joining both at Adelaide.

I've enjoyed both trips but a couple of days is enough in a train.

They run special for war veterans so keep an eye out for them.