Our local rag, famed for stories about lost dogs, locals made good and unusual weather events, beclowns itself in spectacular fashion today.

A front page story about school league tables provides a wonderful example of unconscious irony when the spelling of the name of one of the posher schools in town is mangled.

I wonder where the copy writer went to school.

Back to the Future 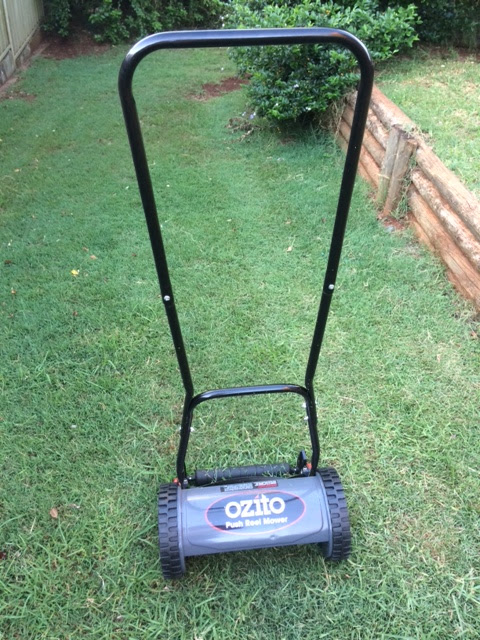 Mowing is one of those fairly mindless tasks that we do over and over again - especially at this time of the year.

When I was a kid, I enjoyed the activity. My father was happy enough to see me doing it as it meant he didn't have to. Somehow my own kids weren't so naive.

Pushing a mower also meant that I had charge of a machine with a motor.

I graduated from mowers to tractors on my uncle's cane farm and then to motor cars before I hit my teens - but that's another story.

After sixty plus years of pushing motor mowers, I reckon it's time to try something different.

I'm not disposing of the trusty Victa - perish the thought - just giving it an offsider, if you catch my drift. The Victa still gets used, just not on the whole lawn and not so often.

It's no heavier to push than a powered mower, and on some grasses actually does a better job. My memories of the old cast iron  machines that were around before the days of the powered rotary are of heavy cumbersome monstrosities. This one isn't.

The dogs tolerate it more kindly than the powered machine which creates hysterical excitement in one and nervous shock in the other.

Like most objects you buy these days, it came in a box and had to be assembled. This wasn't difficult, even though the instructions read as though they'd been poorly translated from Russian or Urdu or something.

It doesn't make much noise, doesn't create dust when It's dry, and my bride was even disposed to push it the other day out of curiosity.