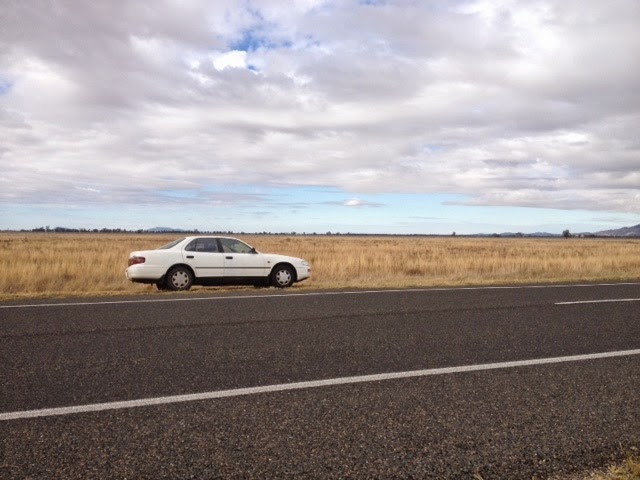 The boring car has been delivered to Adelaide.

Boring is good when you're travelling 1924 kilometres.

Boring is good when it's bucketing down with rain (as it was on the first and last days of the three day trip).

Boring is good when the roads are infested with bogans towing boats, browned off and cranky because they haven't been able to get them in the water because of the weather.

Toyota does indeed build boring cars, but reliability, comfort, and simplicity are boring, and that's OK. My $750 car didn't miss a beat. The hours put into it seem to have paid off.

And being the cantankerous old codger that I am, I derived a kind of savage satisfaction sharing the roads with cashed up bogans in their $50000 dollar SUVs towing all manner of expensive hardware. I was probably as comfortable as any of them, and 8lit/100km (which is what the boring car averaged) isn't half bad.

It actually seemed to run better the further it went. Cruising at 110km/hr was a doddle.

The audio was great. I got to listen to a lot of 70s music on cassette tapes that have been languishing in our attic because we didn't own anything that would play them. A 1996 Camry has an excellent tape player.

The HVAC system worked a treat, as did the wet weather gear (wipers etc), and now I know that there are no leaks.

The only downside was losing my banana. I had rationed myself one banana per day, but the last one was confiscated at the SA border by a fearsome woman in uniform who is a trifle lacking in interpersonal skills. The young policewoman who asked me to blow into the machine at Forbes on day two was much more courteous.

I should have eaten the damn thing in front of her. It was a very good banana.