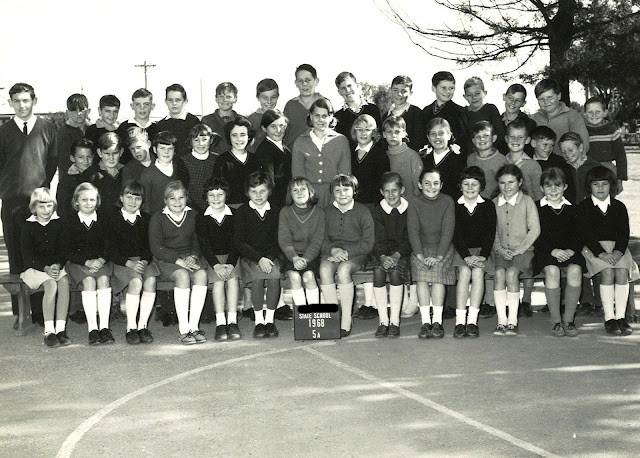 Last week I found myself working in the same western school where I started teaching as a new grad in 1968.

One of the staff is working on the school archive, and when I asked her if there were pics of my year, she turned this up.

To be precise, I wasn't there from the beginning of the year. I was initially appointed to a year three class of 23 in Inglewood, but lasted only three weeks in this cushy posting. The school lost numbers, so in his wisdom, the Regional Director transferred me to take a class of 43 year fives in this school on a weekend's notice.

I never did find out what happened to my predecessor. Perhaps three weeks was all it took to discover that 43 kids are too many.

I was young, keen and thought I was God's gift to the teaching profession, so I stuck it out. In fact, it was one of the most pleasant years I spent in the game, spoiled only by the Damocles sword of conscription which, at the time, was hanging over my head.

My marble had been drawn in my second year at Teachers' College, but the National Service Act allowed me to complete my course and teach for a year before I was enlisted.

They were wonderful kids, and they taught me much more than I ever taught them. I have forgotten all their names, but not their faces or their character.

At about this time in the school year, I was given a day's leave to drive to Warwick for my National Service medical. To be honest, I didn't believe that I'd pass, because I'd had polio when I was two, and one of my legs was slightly shorter than the other.

The memory of the good times I spent in this school with these kids was one of the things that sustained me in the following two years, especially during my time in Vietnam.

Teaching remains a noble profession, but it is not as easy now as it was back in 1968 - even with a class of 43. 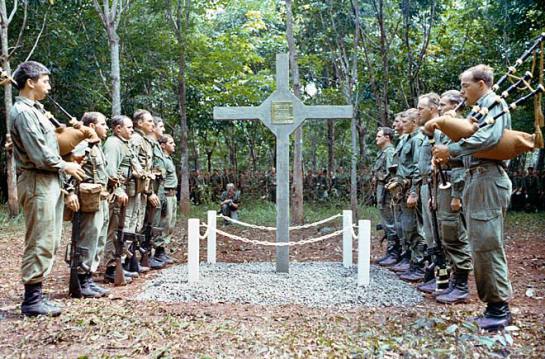