Oh No - Not Coathangers!

Much of the outrage media is best ignored, but this demands a response.

Reading the bigoted responses of many posting on the Shockjock blogosphere reminds me of the sound track of "Til Death Us Do Part".

If the silly buggers took a deep breath and had a quiet logical thought (unlikely of course) they'd quickly realise that community detention is a great deal cheaper than banging asylum seekers up in godforsaken compounds offshore - but the outrage media has never let the facts get in the way of a good tantrum.

The piece of cartoon above is probably the best response, but Crikey (where the pic originates) puts it well.
at February 18, 2012 No comments: 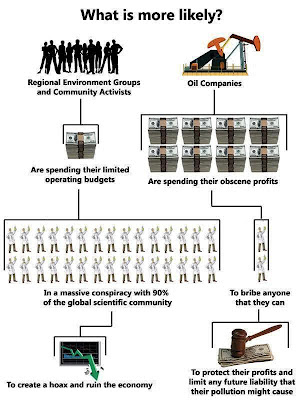 I don't know about you, but after years of singing "Advance Australia Fair", usually with school kids, I'm finding that it eventually begins to resemble a dirge, rather than an anthem.
Without casting scorn on the sentiments contained in its words, the tune, let's face it, is nothing to write home about.
Have a look at this. I don't care much for Adam Hills, but the treatment of the song - well it works, sort of.
To be frank, I would always have preferred "I Am Australian".
Then, of course, there's always this. They're obviously enjoying it -

Coming Down to Earth

This report, about a wheels-up landing that caused chaos at Brisbane airport last night reminded me of an incident I observed when we lived in Townsville during the late eighties.

We arrived early and had plenty of time to watch aircraft arriving to participate. There was a great PA announcer who described - in amazing detail - the type and origin of every aircraft as it arrived. He announced the names of all the pilots and their point of departure as they were on short finals.

For one unfortunate participant who had flown in from PNG in a Piper lance, this level of detail later became unwelcome.

We watched him come in making a perfect approach after what had been a long flight. The aircraft had  retractable undercarriage. It was retracted, and remained so until the point at which it touched down on the grass strip, whereupon the whole aircraft disappeared in a cloud of dust and small stones.

The motor stopped quickly, as did the forward motion of the aircraft, and everything went very quiet for a second or two. Some wags in the audience applauded. The three people aboard were then seen to evacuate the ship very quickly indeed.

This incident stuffed up the organisation no end, as it took a couple of hours to make the situation safe and remove the by now second hand looking Piper from the strip.

I don't know if the pilot ever lived it down.

My sons were sure the whole thing had been laid on for their amusement.

The video has nothing to do with this incident, but the cloud of dust at the end is not dissimilar.
at February 15, 2012 No comments: