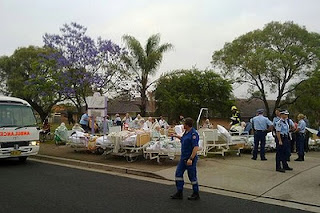 The news this morning that the fire in the Quakers Hill nursing home was deliberately lit is both sad and shocking.
It’s alleged that an individual who worked there as a nurse has set the building alight in two places in the early hours of yesterday morning. He has been charged and is in police custody.
If he is indeed the culprit – and he is innocent until proved guilty, we have the ghastly phenomenon of a person employed to care for helpless vulnerable people responsible for burning them to death in their beds. It doesn’t bear thinking about…..
This tragedy reminded me of time spent in similar institutions for vulnerable people.
For eighteen years as a special school principal in various places across the state, I had the responsibility of ensuring safety for the children in these schools, who were also generally speaking, helpless and vulnerable. It was a responsibility I took very seriously, and I remember feeling a sense of relief when, upon retirement, I handed the keys of my last school to my successor. These days I still work in schools, but am not burdened with that overall responsibility. It feels great to be on the campus of a school without that consideration.
During those eighteen years, only once did a fire start during school. This was at my last school in Toowoomba, and fortunately it happened on a Pupil-Free Day when only staff and visitors were present.
One of these visitors was a parent, a mum, whom I was interviewing as she enrolled her daughter at the beginning of the school year.
During this interview (at about 10.30am), a face appeared at the door of my office. It belonged to a new teacher who had started only the day before. She looked a bit tense, and I straightaway interrupted to interview and excused myself to see what she was on about.
This teacher blurted out “There’s a fire in my classroom!”
I told my Registrar (who had also appeared at the door of my office with a fearsome look directed at the teacher who had broken the cardinal rule of interrupting the Principal when interviewing a parent) to sound the fire alarm.
The half dozen buildings on the campus were quickly evacuated, and when it was clear everyone was safe, and the firies had been notified, with the Janitor I carefully approached the classroom in question with extinguisher in hand. I was later given a severe talking to by the firies by the way, for doing this.
There was no obvious fire, but a strong electrical burning smell was everywhere, and there were wisps of black smoke coming from the ceiling.
The firies arrived, and quickly discovered that a transformer had lunched itself in the ceiling. The electrics in this building were always dodgy.
Subsequently, the whole building was rewired to avoid a reoccurrence, and things got back to normal.
Fire drills were always an issue in a school were a large proportion of the enrolment lacked the capacity to get themselves out of harm’s way, so we had to come up with novel solutions to develop a drill that would work.
Every able-bodied person available (Janitor, office staff, Cleaners, Guidance Officer, Therapists etc) had designated classrooms to which they headed ASAP to assist in evacuating kids in wheelchairs and walking frames. Essentially these were the classes were the kids were unable physically to get out by themselves.
We got it down to 1 minute 30 seconds as I remember.
I’m glad we never had to do it in the dark as was the case in Sydney. My heart goes out to both victims and rescuers.
at November 19, 2011 No comments:

I'd like a dollar for every time Bolt (for example) breathlessly tells us that it "hasn't been warming for a decade".

He does this so often that you're left wondering whether he really doesn't understand the difference between a trend and an anomaly, or whether he reasons (like Goebbels) that if you tell a lie often enough, people will begin to regard it as the truth.

This graphic from Sceptical Science nails it pretty well.

To see how it works, you'll need to click on the graphic and then watch it marching across your screen. 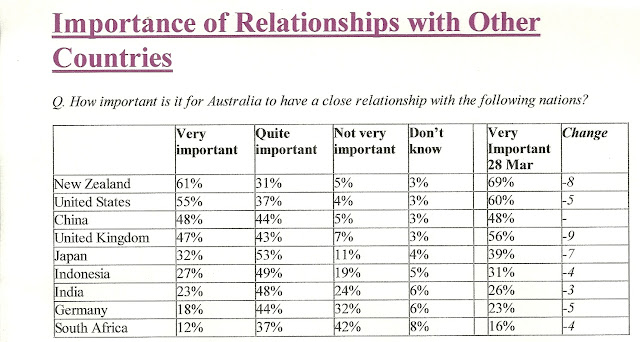 Given the current visit of the POTUS down under, and the non-stop commentary about our relationship with China, I thought it might be interesting to discover what Australians think about our relationship with the USA and China.
Right on cue, Essential polling did some work on this just the other day.
It shows that Aussies polled rank the relationship with the USA and China in the same ball park.
If you are unfortunate or misguided enough to read one of the more ratbag right wing blogs (and there are a few) you might get an entirely different impression.
at November 16, 2011 2 comments: 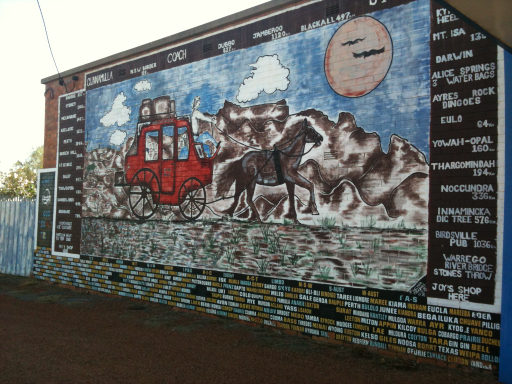