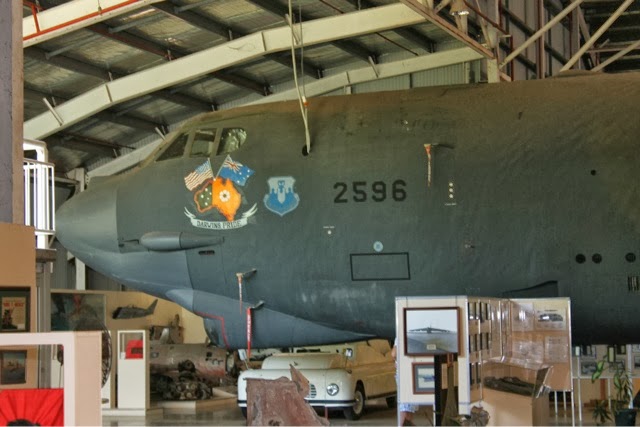 As a recognition of this, the aviation heritage centre has been set up and is a must see for anyone interested in aircraft.

That includes me, and my bride and I spent a couple of hours there yesterday. My bride was less keen than I, but we'd spent the morning at the NT museum looking at cultural artifacts, so it was fair.

There is a B-52 on display. It dominates the whole museum. I'm not sure how they got it into the hangar. Some dismantling was no doubt necessary.

I've seen B-52s before, (from the ground in Townsville), and heard the sound of their raids in SVN over. 40 years ago, but had never seen one up close. As the cliche goes, they're big and ugly. 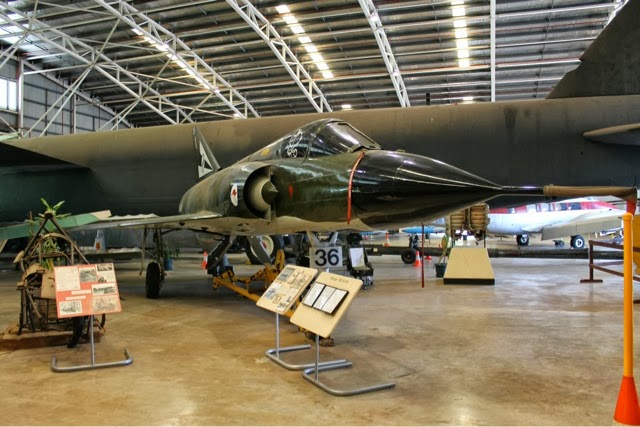 There's also a Mirage (or actually one and a half Mirages) on display. The one illustrated above was retrieved from mudflats where it crashed in the eighties. The pilot bailed out, but the thing ended up coming in at a shallow angle so didn't end up as melted aluminum in a crater.

The half Mirage is outside with no signage, so I'm not sure of the story. I'll find out. Whatever happened to it, the front half is missing. 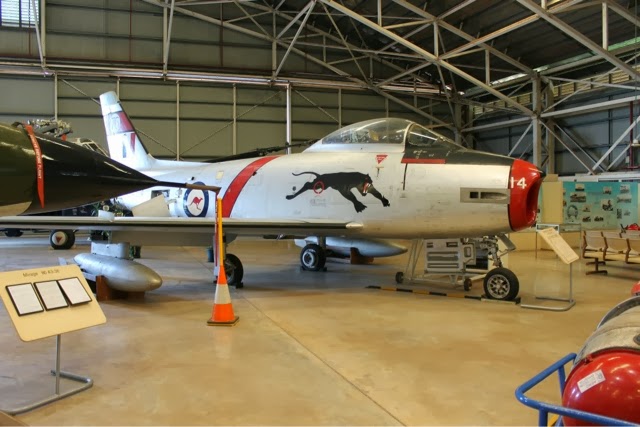 Fighters displayed include the Avon Sabre above.

These things were hot rods, equipped with a British Rolls Royce engine which made them the most powerful example of the Sabre in their day. 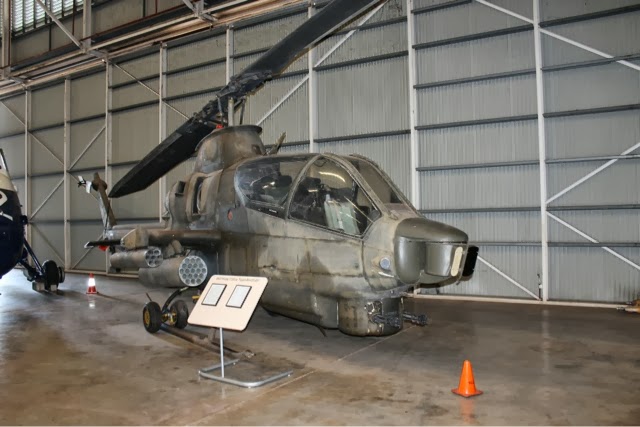 The prize for the ugliest aircraft on display goes to the Huey Cobra. These things were useful in Vietnam, but only operated by the Yanks.

The RAAF used a cobbled up Iroquois, which was christened "Bushranger" and had much the same effect.