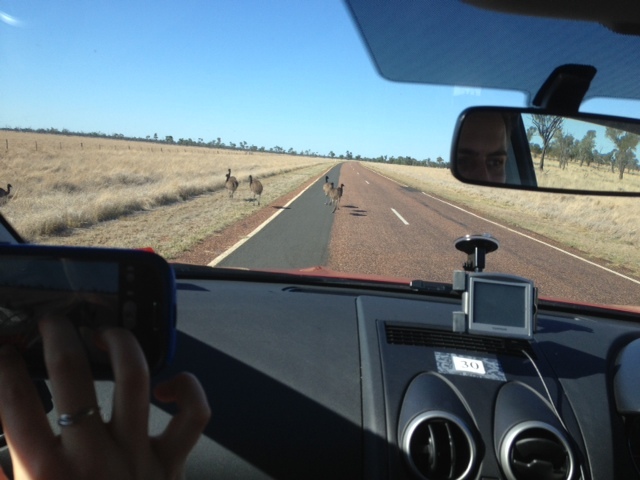 There are worse things than sitting in the sun at 7am at Cunnamulla.

It's a balmy twenty something degrees, there's a gentle easterly wafting, and the light is gentler than it will be later in the day.

We're off to St George today - "we" being two newly-graduated therapists traveling with me beginning their careers supporting kids with disabilities in schools out here. Three hundred kilometers of pretty boring ten foot bitumen has to be negotiated before we get there.

Traveling with them is refreshing. It's great to see the world I've grown familiar with through younger eyes. They notice a lot of stuff I take for granted, like the families of emus (Cunnamulla chooks) we encountered yesterday near Wyandra.