My slow restoration of the MX5 continues.


One of the most appealing aspects of these cars is the wheel-tyre combination. Unfortunately, in its 17-year life, this example had many unhappy encounters with kerbs.


The technical term is “kerb rash”.


So, this needed attention to restore the appearance. I tried a product called Rimskins, but was unable to keep them attached to the wheels. The state of the rim edges probably had something to do with that.

In the end, I gave up on the Rimskins, and went for a complete (all 4 wheels) rim reconditioning. The process involves grinding back the existing damage on the wheel to ensure there is a smooth surface to work with, and then colour matching with paint to the existing colour of the wheel and finishing with a clear coat and hardener.

The result was well worth the outlay, and I would recommend these people.


Another aspect that was contributing to the less-than-concours appearance of the car was the state of the interior. Most of it was honest wear (some call it patina) but the leather wheel and gear lever knob were both well-worn and unsightly.


The gear lever knob was beyond redemption, but when I priced a replacement, I was rocked by the quoted ask (from Mazda spare parts) of $350.


Instead, I found an aftermarket knob for $32. It’s not the real deal, but may have to do until I can source a second-hand part from a wrecker.


Then there’s the leather steering wheel. Short term solution there is the lace-on cover, but I’m looking to restore or replace the well-worn Nardi.

Under the bonnet, the dipstick had snapped off at the top. 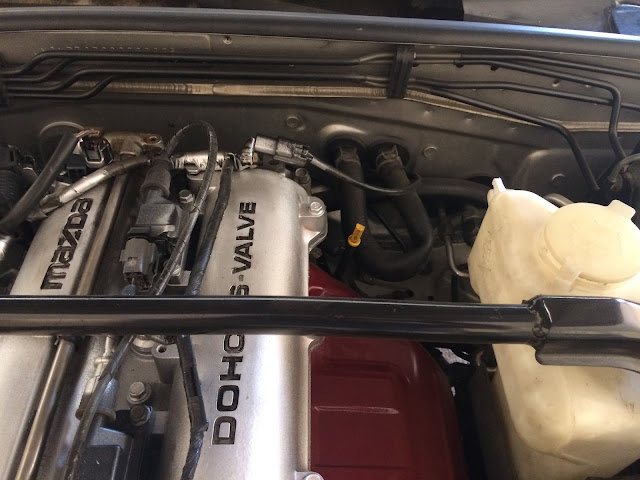 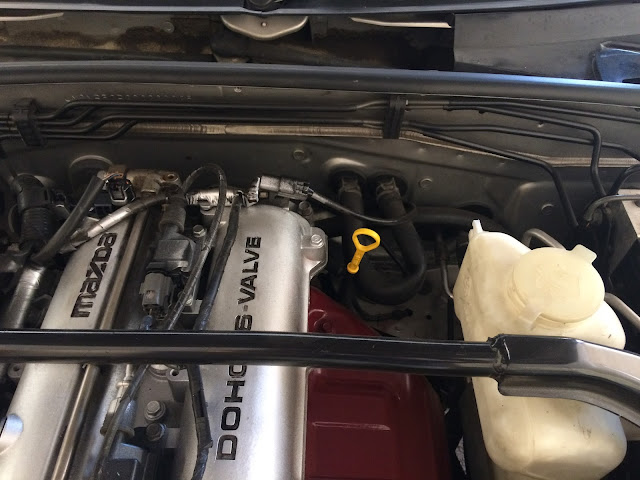 The OEM replacement was only $32 - same as the gearshift knob - seems a popular price.

The best part of all of the running restoration is that I get to drive the car whilst all this is going on.
That is, after all, the object of the exercise.