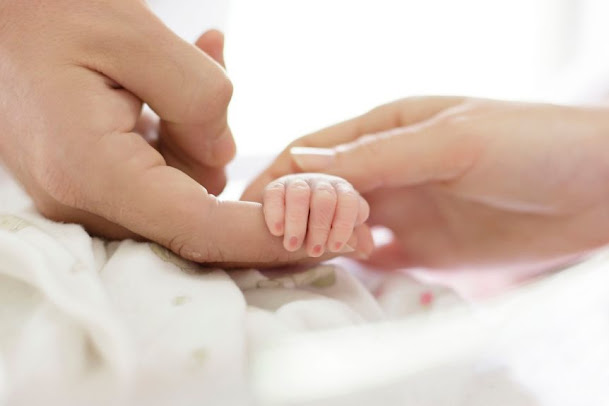 Pic courtesy ABC
Back in 1982, our first child, a girl, was stillborn.
We (my bride and I), dealt with the grief much in the same way as the two thousand plus parents who share the experience annually in Australia.
Most people aren't sure how to approach those who are grieving the loss of a child in this way, so many simply avoid discussing the experience, even if they feel deeply for the parents. Although we had lots of support from family and friends, this was true for us.
We named her, held a funeral service, and the baby was buried in Townsville where we lived at the time.
We got on with our lives, had four healthy children, and moved away from the north. In the intervening thirty eight years, the fact that the grave was unmarked became one of those things that we really had to remedy.
The child remained vivid and real in our memories, but there was nothing physical to mark her existence.
We decided to set this right, and I have just today returned from a 2600 km round trip, organising a simple headstone, and commissioning a monumental mason to make it. The biggest problem turned out to be finding the grave in a vast cemetery.
With the help of the very efficient staff in the cemetery and their excellent records, and a groundsman who knew the site like the back of his hand, after an hour of searching, I found it. The rest was easy. It was interesting to discover that monumental masonry is a separate and distinct trade.
So after nearly forty years, the job has been commissioned. What I wasn't expecting was to arrive at the cemetery to see a notice board revealing that a boy with a disability who was one of the original students in my school had been buried there the day before. I remembered his mother, who was P & C president back then.
Our baby died because she was born with a congenital abnormality which caused a fatal aneurysm during birth. I often wonder whether my exposure to dioxin in Vietnam was a factor. Quite a few of the children with congenital disabilities at my school at the time were fathered by Vietnam veterans.
Townsville was, and remains, a garrison town.
This is one of life's loose ends that has now been tied.
Comments closed.
Posted by 1735099 at 17:29

You have got to be joking.
In the midst of a highly personal and sombre retelling of a previous family tragedy, you insert yet another anti-American, anti-Vietnam war, anti south Vietnam diatribe.
All pretence of real human compassion in you is wiped out by this stupid juxtaposition.
Take your own advice - "let the tide of history erode the anger and bitterness" and focus on your family, not Vietnam.
John Grey.

I'm assuming you are referring to this -
Our baby died because she was born with a congenital abnormality which caused a fatal aneurysm during birth. I often wonder whether my exposure to dioxin in Vietnam was a factor. Quite a few of the children with congenital disabilities at my school at the time were fathered by Vietnam veterans.
I'm at a loss to understand how this simple relating of significant facts is a "diatribe".
Take a look at page 107 of this study - https://www.dva.gov.au/sites/default/files/files/consultation%20and%20grants/healthstudies/vvfs/vvfs_vol3.pdf

Page 53 is also relevant -
Female children of the self-select Vietnam veterans demonstrated an elevated
mortality that was statistically significant for both the SMR and the RR analyses
(Tables 4.10 and 4.16). These participants were self-selected, so no conclusions can
be drawn about how this result might relate to the entire group of female
children of Vietnam veterans.

John Grey - Your reaction is about as low as you can get.
Have the decency to respect this man's grief.
If you can't be civil, be gone.
Maree

"I'm assuming you are referring to this -
Our baby died because she was born with a congenital abnormality"
No, I clearly said "you inserted" which, as any half-way decent PhD student would know, refers to the link you inserted.
My comments only referred to your article in "Independent Australia".
John Grey.

Maree, I did respect the blogger's grief.
I also pointed out how, mid way through describing his grief, he inserted a link to his own article in another publication which (again) slams the Americans and conscription in Australia.
It appears even his grief can be interrupted in order to go over his fixations once again.
John Grey.

Maree, I comment here to call out the blogger's bullshit, not to disrespect his family.
As an example of his rubbish, you know he insists on being called by his service number not his name.
Yet he simultaneously promotes his name with every link to his book selling page.

I can't be more direct with you than that.
John Grey.

I hate to say this 173whatever but I am with you on this one. I have a mate whose grand daughter was born without part of her skull and I have a son who was born with an abnormality in his hips. My grandchildren have abnormalities relating to dental formation and one grand daughter is more flexible than most. The immediate response by myself is referring to the use of defoliants and additional chemicals whilst in Vietnam. The study backs up the theory as you point out. I see nothing wrong with your linking these matters.
John Grey only a lowlife attempts to score points in the way you have. I sincerely hope that you do not find yourself mulling over the death of a loved one and wondering whether your involvement in the bigger picture may have contributed to the loss you would be feeling.
I find that putting this grief into writing is something that may give some small comfort to our host.
Happy to say I am not John Grey.

The blogger is very happy to disparage Australia's commitment to the Vietnam war, yet is OK with taking benefits from Australian taxpayers.
"One of the benefits I’d picked up post Vietnam was a rehabilitation scholarship"
He can't have it both ways - he wants to criticise Australia and also milk Australians for as much as he can.
That's hypocritical.
John Grey.

When you write this "I also pointed out how, mid way through describing his grief, he inserted a link to his own article in another publication which (again) slams the Americans and conscription in Australia" it shows that you have a problem.
The article in Independent Australia does not "slam" the Americans. It points out that many of them did not want to be in Vietnam, and were killing their officers at an alarming rate. This was fact, and an indication of the state of morale amongst the Americans at the time the author was in Vietnam.
Maree

The blogger's "grief" took a long time to come out.
38 years in-between the tragic death of his still born daughter and fixing up the grave.
No mention by him of annual clean ups, prayers, or commemorations.
Leaving her grave to become overgrown, lost to the family, and unmarked. Today, it's just fixing up "loose ends".
Now the blogger was a young man then and his actions were probably normal for the times.
But to write up his actions in his vanity blog calling attention to his loss is simple Narcissism.
John Grey.

John Grey is despicable twerp. He has no brains, no respect, and no understanding. I'd like to meet him in a dimly-lit alley, where I would educate him on the facts of life.
Ex-digger