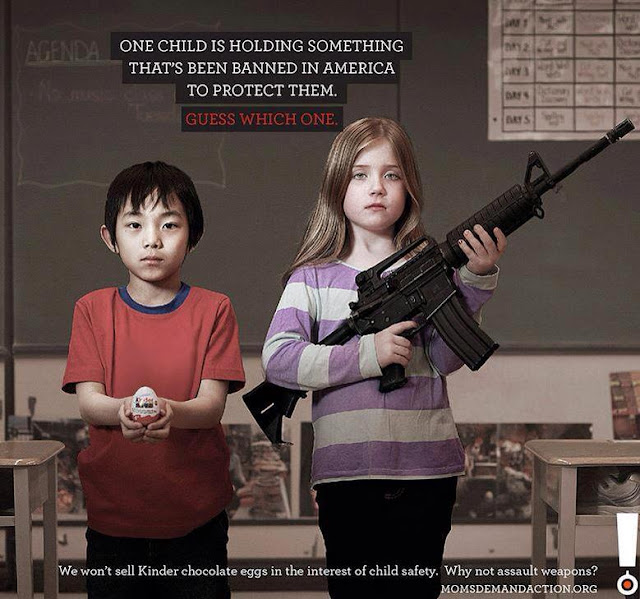 Two news reports from the USA make compelling reading, when put together.

Put simply, a five year old boy killed his little sister with a weapon marketed to parents as a suitable gun for children, and the US senate defeated gun control legislation supported by the bulk of American citizens.

These two events are almost incomprehensible to rational human beings, but both are reality.

I wonder which of these (good guy and bad guy) describes the little boy and his sister.

The USA’s own version of the Taliban is celebrating. There is an uncanny resemblance between the videos released after a Taliban assassination and the chest beating emanating from the Houston convention.