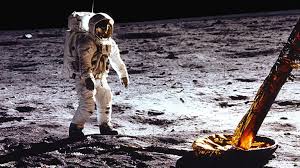 By July 1969, I had been serving in 7th Battalion RAR for about a month, having completed Infantry Corps training at Singleton before being marched into the battalion. I was “called up” as a teacher working at Goondiwindi State School.

7 RAR had been "warned" for operational service in Vietnam, and the pace of our training activity was frenetic. Initially, when first marched into the battalion after corps training, I was posted to D Company, but after a week or two was transferred to B Company. I have no idea why the transfer occurred. There is nothing on my retrieved service record to provide a reason, so it was probably down to manpower considerations.

These same manpower considerations were probably also responsible for my posting to Infantry. As a teacher, I had requested Education Corps. I was not happy.

The B Coy posting was the beginning of an association with the men I served with in Vietnam, a unique association which lasts to this day. By the anniversary of the moon landing I will have known these men for 50 years, longer than I've known my wife and kids.

In mid-July 1969, we were flown into the Colo-Putty training area for an exercise in small unit tactics in preparation for tropical warfare in the Vietnamese jungle and paddy. The fact that is was mid-Winter in Australia, and that the country around the training area was scrub rather than jungle seemed lost on the army.

Just as we arrived, a Sou'wester ramped up, and began blowing sleet and drizzle directly (it seemed) from somewhere in the Antarctic. Anticipating the conditions, one resourceful digger had brought a balaclava with him, and when we were encamped in the bush on the first night of the exercise, produced it from his backpack and put it on.

Next morning, when he woke up, the balaclava had somehow turned when he was asleep and covered his eyes. In his groggy state, he assumed he had been struck blind during the night, and noisy panic ensued. The commotion attracted the platoon sergeant who was upset at the noise (we were supposed to be observing tactical silence) and balaclavas were immediately confiscated, and wearing one became a chargeable offence.

We barged around the scrub in the sleet and mud for a day or two, amid much cursing and swearing about the army in general, and national service in particular, and finally, on the last night, were allowed to go "non-tac".

This meant we could light fires and try to get warm. Being warm was a state which had eluded us for the last two days. A couple of soldiers had been flown out to be treated for exposure.

Once we had lit a couple of fires, we began to put out boots as close to these fires as we could in an attempt to get warm feet again. This was not a good idea. The GP boots had a metal plate installed under the sole, which rapidly heated up, and a mad boot removing scramble ensued.

We had been allowed to put hootchies up on the last (non-tac) night of the exercise. A hootchie is a sheet of waterproof plastic, two of which could be clipped together to make a rudimentary shelter. which at least provided respite from the sleet and drizzle but did little to stop the horizontal howling wind which always seem to be blowing through the hootchie. I had a bright idea and put one green army blanket across the end of the shelter as a wind break, tying it in place with coms cord.

Next morning, when we let the tent down prior to packing up for the flight out, the blanket stayed in place. During the night, it had become sodden, and eventually froze in place.

The news of the moon landing came through whilst we were waiting to be flown out of the training area. We were in no position to watch it live. Nor was I at all excited. After all, if the Yanks were so bloody clever, why hadn't they sorted Vietnam years ago?


The wind had not abated, and when we were set to emplane aboard a Caribou transport for the flight back to Sydney, the conditions became a major problem. Once we had boarded from where we were sitting in the fuselage of the Caribou, we could see the flight crew. What we saw was not confidence inspiring. Both pilot and co-pilot seemed to be struggling to keep the ship on track.

Apparently, the Caribou's large tail was a problem in the cross wind. Eventually, amidst a great deal of noise from the big Pratt and Whitneys, we unstuck and commenced a bumpy flight towards Sydney.

As it turned out, the conditions had deteriorated further and were now too dangerous, and we were the last flight out that day. This was a bonus, as the platoon HQ group was scheduled on the next flight, and we arrived back in base without them. The only NCO with us let it be known that if we kept out of sight, we had the best part of 24 hours to our own devices, which meant lots of napping, and a beer or two at the boozer.

That's how I remember the anniversary.

I can safely assume you get one reader per day. Sometimes I read it twice in the hope that something will appear.

Sorry to hear that you are unwell.

Ensure that you do everything possible to overcome your ill health.

Looking forward to hearing that things are better.

What, no comment on one of the world's most significant events - ever?
Just a rambling and incoherent reflection of your own story to the total exclusion of the moon landing. I'd call your clickbait heading a case of misleading advertising.

I'm well.
My wife is dealing with breast cancer.