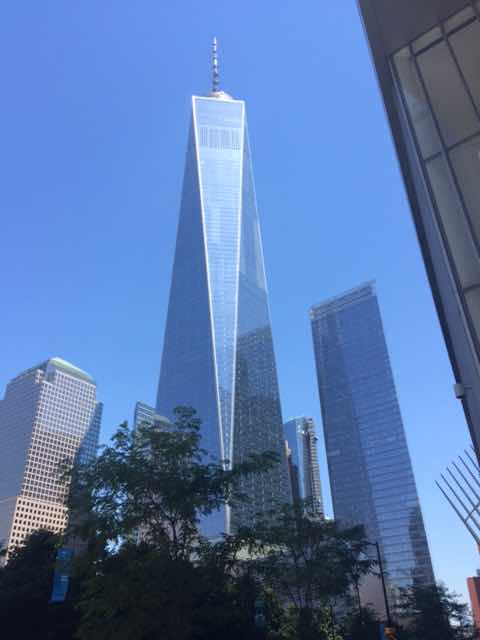 Most of us can remember where we were and what we were doing on September 11th 2001.

I’m no exception, and recall watching the television coverage until the early hours of the morning. To visit the site of the event which shaped the beginning of the twenty first century was impactful.

The museum that has been built to commemorate the event is an amazing example of the cooperation of many agencies, and its presentation and interpretation of the 9/11 story is mind boggling.

It also serves as a memorial to the 2977 people who were killed and the more than 6000 who were injured.

It’s also a remarkable piece of engineering. The new One World Trade Centre that replaced the twin towers is a spectacular example of contemporary architecture.

I was surprised to run into an Australian working as a volunteer. His accent gave him away.
Posted by 1735099 at 04:34