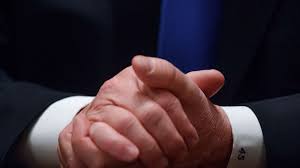 If I insisted, gentle reader, that there is a striking similarity between the current US administration and the government of Vietnam you would probably conclude that I had been smoking some illegal and dangerous substance.

A few years ago, I was visiting Vietnam, and spent a couple of days aboard a junk exploring the world heritage listed Ha Long Bay.

It is indeed a beautiful area, with spectacular formations of ancient volcanic origin, and pristine waters.

The area is being loved to death, and there are so many tourist junks daily visiting that careless disposal of rubbish has become an issue which is troubling the authorities.

There was an account of how they were dealing with the pollution in an English language newspaper I found on the boat. They had commissioned a couple of patrol boats who would look for junk skippers tossing rubbish over the side in the World Heritage area.

Anyone sprung would be hauled up before the province authorities. The penalty would be not a fine, not imprisonment, not a loss of licence. None of that.

The penalty would involve the offender writing an essay about the evils of environmental pollution and reading it to an audience of the local party committee. There wasn't a great deal of detail provided as to what would follow from this public act of atonement, but it's assumed from the newspaper report that this would put an end to the matter, and the skipper would be allowed to resume business after this was done.

In other words, there was no punishment as such, and what mattered was how it looked - or seemed.

I remember thinking that this a uniquely Vietnamese way of doing things, but then began to think about the Trump administration and its activity so far.

Amongst other things, Trump promised he'd act on the Paris Accord, the immigration issue, and the Affordable Care Act.

He has taken photo ops posing with various odds and sods signing executive orders. These photos are spread all over the media reinforcing to his base that he's actually "doing something".

In reality, very little has changed.

The withdrawal from the Paris Accord has had virtually no effect, as US emissions have actually fallen slightly since he took this action, as most climate mitigation action in the US was already in place and is taken by State and Local authorities.

The senate has stymied much of his action on immigration, and Obamacare remains in place.

So little has changed, but Trump is acting as though it has. He has "seeming" down to a fine art, and could probably show the Vietnamese a thing or two.

As pointed out at the outset, the similarity is stark.