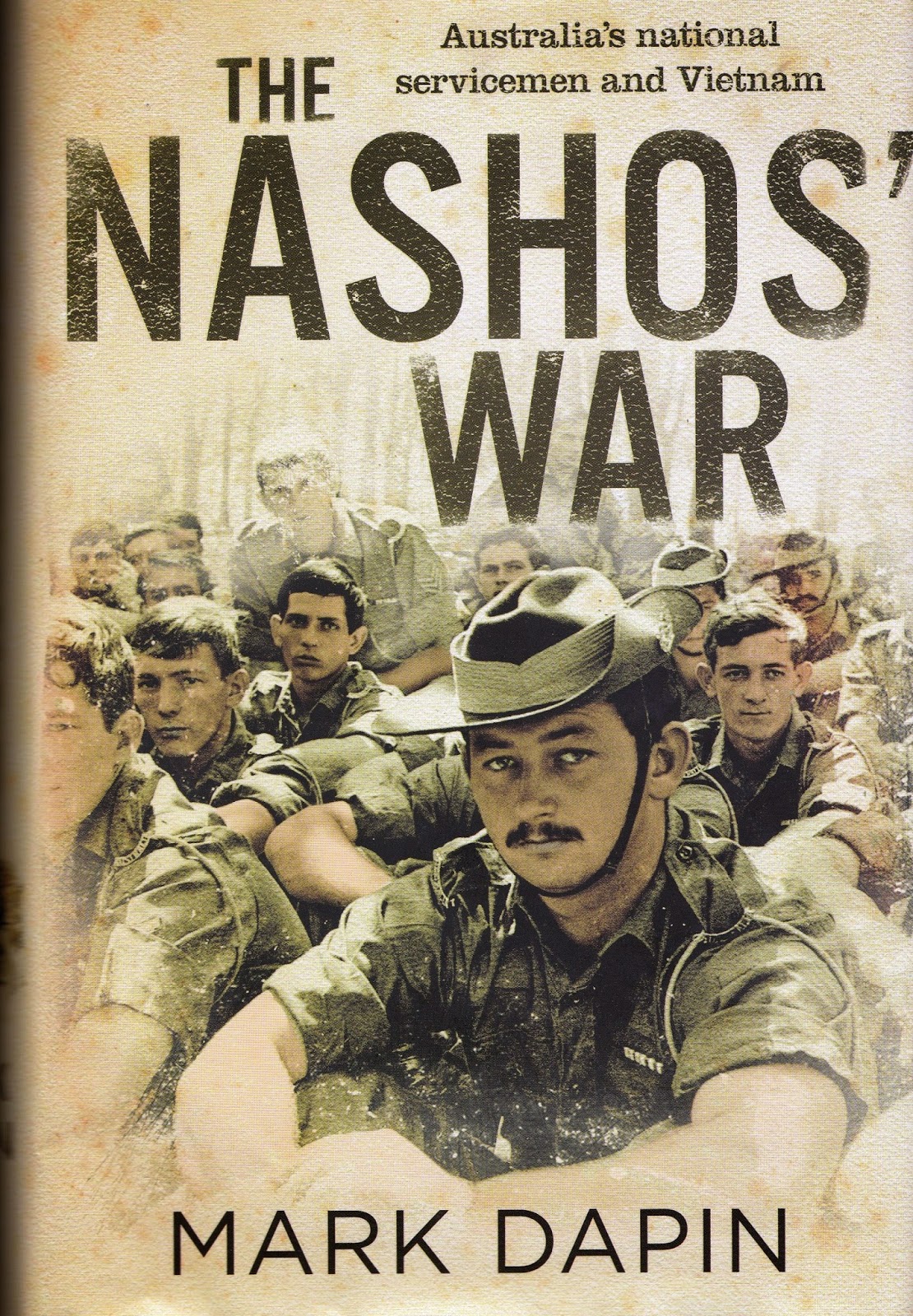 During the forty plus years since the last Australian diggers left Vietnam, a collection of myths has developed about this particular conflict.

As someone who participated, I have over the years, wondered where some of these myths originated, and why they have persisted.

Many of them have no relationship to my personal experiences, but to challenge them, particularly with some Vietnam veterans, is often taken as some kind of heresy. There is a definite political correctness that pervades this area.

It’s refreshing, therefore, to see some of this myths challenged with the help of careful research of the written record, and interviews with veterans.

In the recently released “The Nashos’ War”, Mark Dapin carefully deconstructs some of these myths.

I had a keen interest in this work, as I met Mark in Brisbane a few years ago, and over a lunch at the Regatta, apprised him of my recollections. He’d read “Jellybeans in the Jungle” and it’s cited in his bibliography.

He covers a number of firmly held understandings about the war, including that all Nashos who served in Vietnam were volunteers, that National Service was essentially egalitarian, and that the Moratoriums were instrumental in turning public opinion against the war.

The first one (all Nashos were volunteers) I have always found passing strange, because it never accorded with my recollections. I took the trouble of doing my own research on this, including poring over what records are available at the AWM, and asking blokes I served with what they recalled. This experience, and the lack of any record of “opt-out” parades consolidated my understanding of the truth.

Dapin has come to exactly the same conclusion, but he spent three years of research, interviews, and extensive reading of all the available literature on the conflict, to get there.

Whether you’re interested in debating the facts of history or not, “The Nashos’ War” is a must-read if you have any interest in the topic of the Nashos’ experience in Vietnam.

It’s also well-written, and contains a wealth of stories of the experiences of many Nashos, including a few that I served with. He uses an analytical approach to the topic, and has a strong crap detector. The personal stories deal gently with the dignity of the young men involved.