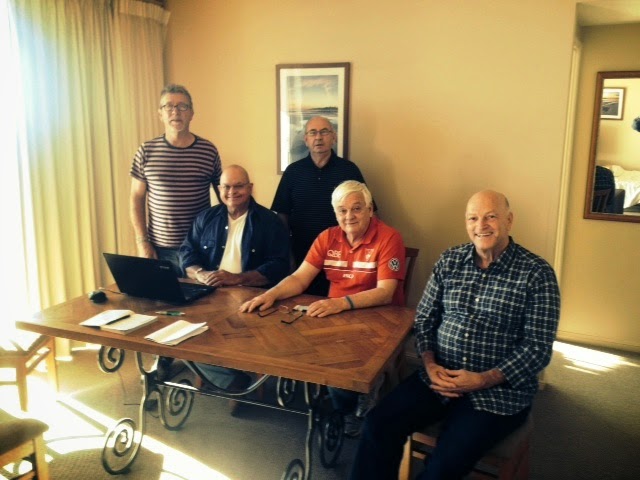 I’ve recently spent a week with five men with whom I served in 1970.

They are a disparate crew, an Accountant, a Manager, a Real Estate Salesman, a small business owner, and a career soldier.

Three hail from Sydney, one each from Perth and a small town in South Australia.

Their political opinions cover the full spectrum from Right to Left, and their interest in politics ranges from none at all, to deep and abiding.

The same applies to religion – we range from avowed atheists through lapsed Catholics to Sunday observers.

So what do a bunch like this have in common, and why do we get such a buzz out of spending time with each other?

That’s more difficult to understand, but it has its origin in a unique shared experience in a distant conflict during a time when the world was simpler and more brutish than it is now.

The vital part of that experience was an absolute interdependence.

We relied completely on each other. It was as simple as that.

The real world context was constant and abiding threat, in which we knew and understood well one particular reality.

Interspersed within the mind numbing boredom of constant patrolling in very difficult and challenging conditions, was the split second possibility of death and maiming injury. That was the reality that bound us together.

That context pushed aside all the unessential and gratuitous aspects of any relationship. It had to be clear and simple.

The clarity and simplicity of that unique sense of interdependence is, after more than forty years, still there.

So we went our separate ways on Friday. Suffice it to say, that I remain deeply honored to have served with them and to have spent time again, brief as it was, with them.

Be honest 1735099, the only thing that ties youse blokes together is that youse is UGLY!

I'm not in the pic, Cav, but you've deeply offended all the rest.

Which one was the pugilist? Name and division?

No names - no pack drill.