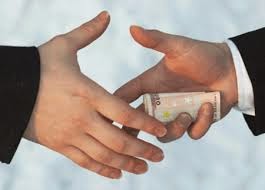 Given the recent history of the LNP government, this is unremarkable, except that Dr Davis was not sacked because he was corrupt.

He was sacked because he demonstrated integrity.

Straight up, that makes him persona non grata in the Newman government.

That little branch of Meercat Manor* can't abide anyone who puts public interest before self interest and vested interest.

Here are some extracts from last night's 7.30 Report -

The whole interview is here.

* Meercat Manor because of Newman's uncanny resemblance to one of these critters
Posted by 1735099 at 10:43

This could be 'used' on the cat as disinfo.
http://mattcowgill.wordpress.com/2014/05/20/real-wages-and-productivity/