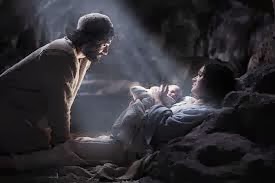 I've been searching to find something appropriate to post at Christmas.
This turned up in the parish newsletter, and it fits well.
The baby Jesus was, it should be remembered, a displaced person at the time of His birth.
If posting this makes me a bleeding heart, so be it.
That's a badge I'll always wear with pride.

"In the Gospel parable, the rich man’s failure is not an overt cruelly, but an indifference to human suffering. The rich man passes Lazarus constantly but never actually 'sees’ him - never actually recognising Lazarus’ need.

We cannot be at peace, eating our fill, in the knowledge that a sister or brother lies hungry or sick at our gate. We know that such a state of affairs is as far as it can be from the vision of God. Our God is revealed as a God of abundance and hospitality who gives life to the world, bread to the hungry -  And Christ as our guide and saviour... God in Jesus chooses humility, service and self-emptying as the hallmarks of a love which is everlasting - sumptuous and rich".

By the end of 20 12, the number of forcibly displaced people worldwide exceeded 45 million, the highest level of displacement since 1994. These are men, women and children driven from their homes by war or civil violence.

Often these people are forced to seek refuge in countries that are themselves facing significant struggles. Eighty per cent of refugees are seeking protection in developing countries, making it even harder for those nations to lift themselves out of poverty. In 2012, Pakistan hosted the largest number of refugees ( l.6 million), followed by Iran (868,000) Syria hosted 477,000 refugees and, with the recent terrible violence, 647,000 have fled seeking refuge in neighboring countries.

For millions of refugees, it will be many years before they can find a home again.  Some never do. Of the refugee population under the mandate of the United Nation’s High Commissioner for Refugees, around two thirds - 6.4 million people. - had been in these circumstances for five years or longer. Refugee camps can be the size of small cities. The one in Dadaab , Kenya, is home to about half a million people, including some 10,000 third-generation refugees born in the camp. Not only have these people lost access to t heir livelihoods, their extended families and their faith communities , but they are very often prevented from moving around freely, earning a living wage or planning for their futures.

Those displaced from their homes are prone to trauma, causing them to experience poverty at many different levels no matter how high their education or employment levels before.

Facing these odds, it is no wonder that many are forced into desperate choices --- living hand-to­ mouth in slums or shanty towns -- are spending their last savings on risky journeys to places they hope can protect them. The Catholic Church has been a source of hope and assistance to those on the move around the globe. That basic level of human solidarity - hospitality to the stranger and refuge for those seeking protection - as been lacking in our national political debate over the past decade. The recent increase in the n umber of people arriving by boat is insignificant by world standards. In 2012, as a country like Pakistan struggled to accommodate 1.6 mill ion refugees, Australia’s political leaders and media whipped up hysteria over the arrival of 17,000 asylum seekers in Australian waters.

We have been saddened to see part of our international aid budget diverted to funding for asylum seekers being processed in our community. These are men and women who richly deserve our support, but not at the expense of others in desperate need. Any reduction or diversion of international aid funds remains a concern, particularly where those funds are directed at addressing many of the problems that ca use people to flee their homelands.

The depth and breadth of poverty that still exists in our world calls us to action. That so many suffer multiple burdens of deprivation prompts deep soul searching. How is it that so many are excluded from enjoying spiritual, cultural, educational, social, economic and political freedoms? How is it that so many still lie like Lazarus at our gate, bearing in t heir bodies the cost of their struggle and denied access to the table of participation and solidarity time and again. This is the challenge for us, as Australians and as members of the global community, as we seek the path to reducing and eliminating poverty in the years to come.