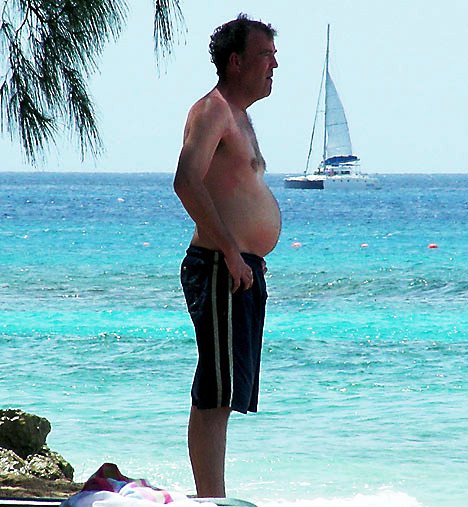 Apparently this objectionable Pom has been mouthing off again about our convict origins.

Frankly, I can't see the appeal of this bloke and his crappy show. The best motoring programme I've ever seen was Torque. Despite its age, Peter Wherrett's programme makes Top Gear look silly.

Ros Reines contributes an interesting piece in the Telegraph.

The wonder of it all is that the 52-year-old Englishman, who reportedly made the sales of denim plummet in the mid-'90s thanks to his love of wearing dad-style Levis which became known as the Jeremy Clarkson effect is regarded as a sex symbol.

Looks like he's trying to destroy the image of all decent Aussie blokes who wear boardies as well.