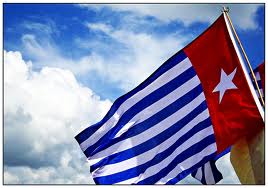 The Catholic Leader this week draws attention to the ongoing tragedy that is West Papua.

Since the invasion by Indonesia in 1961, and the "Act of Free Choice" in 1969, the subjugation of West Papuans by the Indonesian military has continued under our noses, without so much as a murmur from both sides of politics in this country.

Human rights abuses are a regular feature of Indonesian rule. The ruthless persecution of any resistance has an eerie resemblance to the situation in Timor Leste not all that long ago.

It's about time this country became active. Let's use the seat in the security council to develop a push for a free plebiscite to allow the people of West Papua to decide their future. The next UN intervention would have to build a better outcome than the last one.

Papua is, after all,  a lot closer than Afghanistan.