The Good, the Bad, and the Ugly* 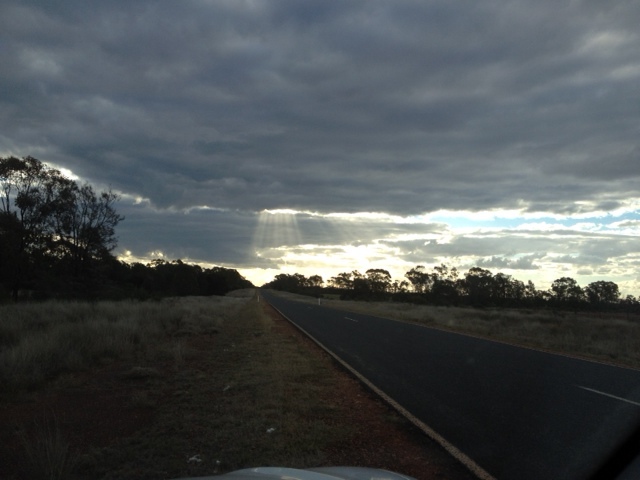 This is my last bush trip for term 3, so it's a good time to reflect.

I'll organize these thoughts along the lines of the good, the bad and the ugly.

Watching a year 5 boy helping his mate who has muscular dystrophy. This help is generous, smart, enduring and unconditional, and provided in such a way that it preserves his mate's dignity.
Talking with a parent who lost her daughter last year. This mother is a strong woman - who is able to express gratitude despite her grief, to teachers and aides who worked with her child, for the meaning that attending school gave to her short life.
Watching an amazing teacher in a high school setting who has, through dogged persistence, taught a sixteen year old with an intellectual impairment to safely catch the bus to and from school daily. This has freed up this lad's older brother from having to walk him to school and allowed big brother to have a life.

Leaving Toowoomba every second Monday morning in the winter. This usually involves rinsing ice from the windscreen and removing outer layers of clothing progressively as I drive west with the rising and warming sun behind me.
Eating by myself. This is an occupational hazard for the itinerant, but I detest it.
Writing reports in the evening, when I'd much rather have a beer or two before hitting the sack. I know from experience that the quality of a report is in inverse proportion to the alcohol consumed before or during its writing.

Witnessing the damage being done to beautiful and productive country by coal seam gas mining out this way.
Watching the withdrawal of more and more services from the bush. This has reached a new momentum with the slash and burn practices of the new state government.
Arriving on the scene of a fatal accident. This is unfortunately a frequent occurrence, as the Warrego simply can't cope with the surge of massive mining machinery being dragged west and north in the middle of increasingly mixed traffic.

Every year I make a decision to continue or otherwise in this work. That decision can wait until the end of the semester, but as I write, it's still a "yes".

*Blogged on the road on iPad.