More Light Than Heat - Does it Work? 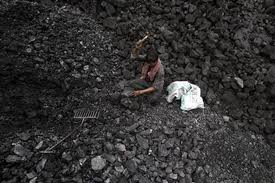 For this exercise, I’m trying to examine if the application of a carbon tax will do anything to mitigate the effects of global warming.

You’ll note that I’m not getting into the debate about whether anything this country does will be pissing in the wind, given that we contribute a very small proportion of the worldwide output of the gases doing the damage.
I’ve already established in previous posts that most of the rest of the world - including the big polluters are taking action – either in a nationally coordinated fashion (like Europe) or in a relatively uncoordinated fashion (like China and the USA). Therefore there’s no point in beefing on about “going it alone”. It’s a pity a few of the more vocal pollies don’t do the basic reading.
Again, I’m not using newspaper reports, blog posts or polemic monographs as sources. When I was a student at Uof Q back in the 70s and 80s, I’d have been hauled across the coals for that. I’m not going to break a sound academic habit which has served me well in the past.
My sources are the scientific journals – boring and dense as they are. These days however, thanks to the interweb, these journals are eminently accessible, particularly if you hold a few subscriptions.


To avoid boring you to tears, I’ll use the abstracts.


The first thing I’d like to investigate is whether action such as putting a price on carbon will make any difference. The first article is called -


Energy and emission scenarios for China in the 21st century—exploration of baseline development and mitigation options
If you want the whole thing you can purchase it online for $19.95, but the abstract says it all -

In this paper, we have used the simulation model to develop a set of energy and emission scenarios for China between 1995 and 2100, based on the global baseline scenarios published by IPCC. The purpose of the study was to explore possible baseline developments and available options to mitigate emissions. The two main baseline scenarios of the study differ, among others, in the openness of the Chinese economy and in economic growth, but both indicate a rapid growth in carbon emissions (2.0% and 2.6% per year in the 2000–2050 period). The baseline scenario analysis also shows that an orientation on environmental sustainability can not only reduce other environmental pressures but also lower carbon emissions. In the mitigation analysis, a large number of options has been evaluated in terms of impacts on investments, user costs, fuel imports costs and emissions. It is found that a large potential exists to mitigate carbon emissions in China, among others in the form of energy efficiency improvement (with large co-benefits) and measures in the electricity sector. Combining all options considered, it appears to be possible to reduce emissions compared to the baseline scenarios by 50%.


This is a no-brainer in that it shows two things – that emissions in China will continue to increase, and that they can be reduced by a simple change in industry orientation. Given that China is a command economy, this is relatively cheerful news, and lines up neatly with action already being taken in China as explained in my last post. This, by the way, is possible without a price on carbon.


The title of the second article is -

Actions to slow atmospheric accumulation of greenhouse gases also would reduce conventional air pollutants yielding “ancillary” benefits that tend to accrue locally and in the near-term. Using a detailed electricity model linked to an integrated assessment framework to value changes in human health, we find a tax of $25 per metric ton of carbon emissions would yield NOx-related health benefits of about $8 per metric ton of carbon reduced in the year 2010 (1997 dollars). Additional savings of $4–$7 accrue from reduced investment in NOx and SO2 abatement in order to comply with emission caps. Total ancillary benefits of a $25 carbon tax are $12–$14, which appear to justify the costs of a $25 tax, although marginal benefits are less than marginal costs. At a tax of $75, greater total benefits are achieved but the value per ton of carbon reductions remains roughly constant at about $12.

The interesting point of this study is that (amongst other things) it shows that applying a mid-range carbon tax ($25 per tonne) can actually make money for the economy as a whole through health savings. In other words, there are long-term savings to be made through the imposition of a tax.

This is a fairly recent (2009) international study, although it was published by Princeton.

This paper builds on the assumption that OECD countries are (or will soon be) taking actions to reduce their greenhouse gas emissions. These actions, however, will not be sufficient to control global warming, unless developing countries also get involved in the cooperative effort to reduce GHG emissions. The paper investigates the best short-term strategies that emerging economies can adopt in reacting to OECD countries' mitigation effort, given the common long-term goal to prevent excessive warming without hampering economic growth. Results indicate that developing countries would incur substantial economic losses by following a myopic strategy that disregards climate in the short-run, and that their optimal investment behaviour is to anticipate the implementation of a climate policy by roughly 10 years. Investing in innovation ahead of time is also found to be advantageous. The degree of policy anticipation is shown to be important in determining the financial transfers of an international carbon market meant to provide incentives for the participation of developing countries. This is especially relevant for China, whose recent and foreseeable trends of investments in innovation are consistent with the adoption of domestic emission reduction obligations in 2030.


The interesting point about this conclusion is that it argues both for early action, and points out that China’s recent attention to investments in innovation are heading in the right direction.


This 2006 Dutch study looks at a range of ways of stabilising emissions and the benefits of early action.

This paper presents a set of technically feasible multi-gas emission pathways (envelopes) for stabilising greenhouse gas concentration at 450, 550 and 650 ppm CO2-equivalent and their trade-offs between direct abatement costs and probabilities to meet temperature targets. There are different pathways within the envelope. Delayed response pathways initially follow the upper boundary of the emission envelope and reduce more by the end of the century. In contrast, early action pathways first follow the lower boundary and then the upper boundary. The latter require an early peak in the global emissions but keeps the option open for shifting to lower concentration targets in the future. Costs evaluations depend on the discount rate. Early action profiles have high costs early on, but learning-by-doing and smoother reduction rates over time lead to in most cases to lower costs across the century (net present value (NPV)). To achieve the 450 ppm CO2-equivalent, the global emissions need to peak before 2020. The NPV of costs increase from 0.2% of cumulative gross domestic product to 1.0% as the shift is made from 650 to 450 ppm (discount rate 5%). However, the chances of limiting global mean warming to 2 °C above pre-industrial levels are very small for peaking and stabilisation at 650 ppm (1–23%) and 550 ppm (1–48%), but increase for a peaking at 510 ppm with subsequent stabilisation 450 ppm to 14–67%.
These findings are consistent with the Princeton and Dutch studies.


The fifth article refers to India -

The Modelling of Policy Options for Greenhouse Gas Mitigation in India


It looks at two models comparing systems optimization with the application of carbon taxes. It also points out that whilst these measures would mitigate, they would also cause a significant decrease in GNP in this developing country, although there is an acknowledgement of the inadequacy of the current models when applied to developing economies.


So India can reduce emissions as it develops, and the application of a carbon tax is one way of doing it, at cost to GNP.


I found five other articles, but they pretty much say the same thing, which is that the application of a carbon tax will significantly reduce emissions. Is there anyone out there who can produce a set of scientific papers (not blog posts or stories written by journalists) which show the opposite?
at June 18, 2011

Email ThisBlogThis!Share to TwitterShare to FacebookShare to Pinterest
Labels: AGW

Lemme see if I have this right. You want us to reference a study that shows that a price on carbon will increase emissions?

I don't think anyone will disagree with your conclusions, that a carbon tax will reduce emissions.

That's not what the question we should be asking.

Because the problem is a temperature increase caused by mankind's CO2 emissions, how will a carbon tax solve this problem?

Cav
In this country there are three claims made by those opposing action. One is that Climate change is crap, another that we will be "going it alone" if we take mitigation measures, and the third is that the whole deal is a socialist plot to redistribute wealth.
It should be a scientific, rather than a political discussion, and both major political parties have sought to use it as a political wedge. I care too much for my country and my children to cop that.
To answer your question, the papers I have referenced support the notion that mitigation measures will make a difference. They are a small sample of literally thousands of studies out there that come to that conclusion. Put simply, if it costs your bottom line to put harmful emissions into the atmosphere, you'll seek alternatives.