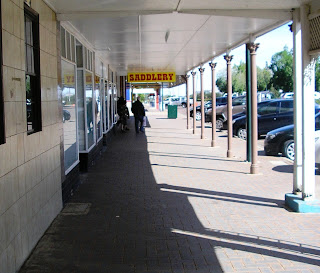 Nostalgia is a pretty harmless trip, but it can involve withdrawal symptoms.
I’m suffering them now.
Longreach is significant for me for two reasons. One is that I had a job based in Mt Isa in the mid nineties that involved spending a lot of time in Longreach. I got to see the inside of every pub in the main street. This is not because I was a big drinker.
Back then there was a school support centre based in the town and run by a very astute district manager who well understood the importance of keeping the local community on side.
As a consequence, when he wanted to have a beer with the regional management team, of which I was a member, he always insisted that we limit ourselves to one round each per pub to share the patronage around. This meant that a decent session meant moving from one pub to another until it was over. Given that the five plus pubs in the main street are within easy walking distance of each other, we simply oozed from pub to pub.
It must have worked, because he went on to become a Director General, and is fondly remembered to this day in town. The pubs haven’t changed much in fifteen years. You can still get a reasonable lunch for less than $10. My chicken and salad cost me $7.50. Nothing special, but good value. There are always chips. 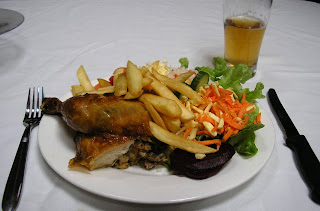 The other piece of nostalgia lying in wait in Longreach is the Boeing 707 on display. 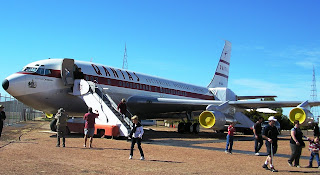 I did some research last week using a website created by Qantas crew who worked on the Sydney-Saigon-Sydney run during the Vietnam War. I discovered the full history of the flight I came home on (10th December 1970). If I had known back then what was happening on the flight deck, I would have been a very nervous digger indeed – but I’ll reserve that story for another post.
The aircraft on display looks the same but is actually quite different from the one I came home on. It’s shorter, older (the very first 707 exported) and with a completely different fitout from the one I flew on.
It had been configured as a VIP aircraft after Qantas and various other operators had finished with it, and was leased to a range of pop stars (including Madonna and Michael Jackson) before it was bought by a Saudi sheik who used it for five years before he upgraded to a 747.
When it was bought by the museum it was fitted out very lavishly (chandeliers – would you believe). It’s still pretty lavish, with walnut and leather, bedroom and bidet, but no chandeliers. Unfortunately, no photos are allowed inside. You’ll just have to take my word for it.
I’m suffering withdrawal symptoms, because instead of the rows (3 + 3) of passenger seats that I remembered on RTA, I was confronted with Saudi style decadence. It’s not the same at all. You can still smell whatever it was they smoked in those loofah things. It’s permeated the woodwork.
You can take photos inside the 747 on display, which was flown in to Longreach by a pilot who had his name drawn from a hat. Apparently more that 150 serving Qantas aircrew volunteered to deliver it. This guy crashed it many times on the simulator (Longreach strip is strictly speaking too short for 747s), but he did a good job on the day.
It’s an old plane, and has been well fettled - 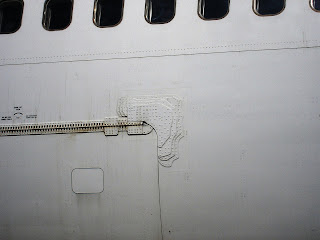 Back then you could smoke, but not in the Galley - 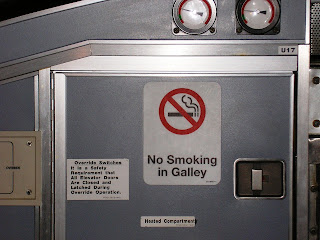 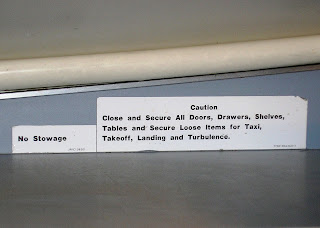 It’s big, and there’s plenty of shade under the wing - 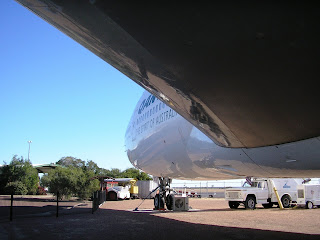 The coffee dispensers are still there. They smell faintly of a bad airline brew. 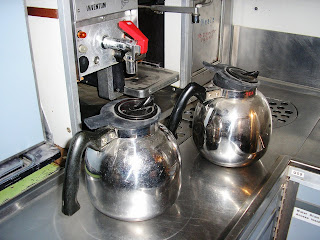 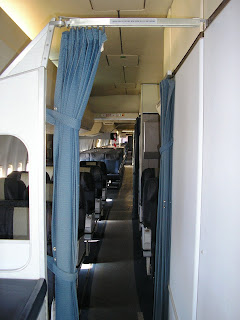 There is also a characteristic Boeing smell – different from the Airbus. You could blindfold me, and I’d get it right every time.
Posted by 1735099 at 18:17

Too many country pubs fail on the salad. I've lost count of the number that think salad is coleslaw out of a tin. Bleah. The place you ate at seems to be on a learning curve.

For $7.50, anything better than food poisoning and you're in front.