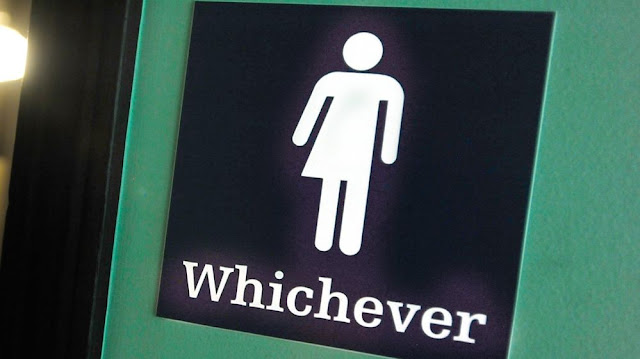 We're hearing a great deal about gender fluidity as the same sex marriage debate rumbles along.

Much of it is based on fear, rather than fact, and prominent throughout this meme are warnings about children being sexually assaulted in school toilets.

It goes something like this - children who have identified as female but who are biologically male will present an unacceptable threat if admitted to female toilets.

I'm unaware if this has ever happened in a school in Australia. If it has, we would no doubt have heard about it, as it would provide fertile ground for the level of outrage about this issue that sells newspapers and scores clicks on websites.

After 49 years in schools (18 of them as a school principal), I have encountered from time to time, incidents where children have been assaulted by their peers in school toilets. Child-on-child violence in the school yard is not uncommon, unfortunately, and not surprisingly, much of it happens in the toilet.

When you think about it, if child A is intent on giving child B a good thumping, the toilet is an ideal location, as it's out of sight (usually) of patrolling teachers. The same applies if the violence has a sexual component. Sexual violence towards members of the same gender is unfortunately not unheard of.

One of the major problems presenting for principals trying to organise supervision during breaks these days is the gender imbalance in school staffing.

When you have very few male teachers on staff, how do you ensure the boy's toilets are supervised by males? School communities are generally uncomfortable about female teachers venturing into the boys toilets to sort out bullying issues, for example. Bullying still happens, and the toilets are a favored location for the reasons suggested above.

Let's look at the gender fluidity issue in the light of the current situation. Violence happens in school toilets, irrespective of the sign on the door.

How is allowing kids who identify as the opposite sex into that designated toilet going to make any difference to that?

Here's a better idea. Remove the gender designation from school toilets. This would save a great deal of money when building new schools and remodeling existing ones. Leave the problem of ensuring student safety in these places to the architects, the technology gurus, and those developing supervision rosters.

After all, if it's good enough for Scandinavia it's probably worth a try here.

The Scots (where at Glasgow in 2015 unisex toilets were introduced into every new school built in part of a campaign to eradicate bullying) have also come round to the idea. If I'm permitted to acknowledge the stereotype, maybe the Scots were also attracted by the money savings.

Think about the last time you flew somewhere. Did you notice that the toilets in the aircraft were unisex?

Anyway, gentle reader, that's the last time I will blog about toilets. It's difficult to keep a straight face in light of the confected outrage generated by this topic.