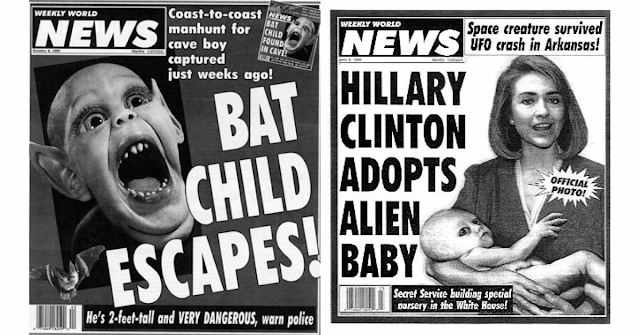 An advertisement supporting the "No" case in the upcoming postal survey about same sex marriage hit the deck a few days ago.

In the best tradition of fact checking, I thought I'd have a closer look at it, and try to come to some conclusion as to its veracity.

This, gentle reader, is the result. Read it and weep -

The women featured in the ad make three statements. Let’s look at each in turn – Cella White, the first "parent" featured, says “the school told my son he could wear a dress if he wanted”. The principal, John Albiston, denies this.

Cella White used to work for the Australian Christian Lobby, and has appeared previously as a spokesperson for that organisation.

We have the school principal’s word against that of a political activist. My experience as a principal with parents with a political axe to grind is this. They invariably make an approach to the media and the upper echelons of the department rather than approach the school their children attend, the latter being the correct approach if their concern is for their child rather than the political barrow they’re pushing. The former approach gets more media coverage.

Cella White did exactly that. The first the principal knew about her “concerns” was when he read it in the media.  Given White’s political affiliations, I know whom I would believe.


The second statement made by a different person (who has also previously been active in the media)  is – “This type of programme will become widespread and compulsory”.

Despite the myth, Safe Schools is NOT compulsory in Victoria or anywhere else. Check the Victorian Ed Department’s website (not the Safe school’s website) for confirmation.

So it is neither “widespread” or “compulsory” now (note the woman featured used the verb “will” – she’s making a dodgy prediction). To ascertain the likelihood of this prediction, we need to look at jurisdictions where same sex marriage is legal. Let’s look (for example) at Ireland and Canada.

The link to the relevant section of the official Irish curriculum is here.

Let me know gentle reader, if you find any mention of a program resembling in any way “Safe Schools” in the Irish curriculum. You would have to if the allegation in the ad is correct.

Then there’s Canada. Please let me know if you can find any reference to programs promoting gender fluidity (or anything like it) here .

The third statement made in the ad is – “Children in Year 7 are asked to role play being in a same sex relationship”.

There is no evidence that this has ever happened beyond the statement in the ad. What school? When, and by whom? If it had indeed happened, no doubt there would have been witnesses, but no one has come forward. Common sense would suggest that it comes from the same place as the first unsubstantiated allegation.

So, in summary, on the balance of probabilities, the first and last statements are concoctions. The second statement is simply untrue.

For your information, here are some extracts from the Victorian Ed Department’s website about safe Schools. They confirm my understandings above.

Myth: The Safe Schools program is a compulsory part of the school curriculum.
Fact: Safe Schools is not part of the Victorian Curriculum – it’s a commitment that schools make to be inclusive places for all students, including LGBTI students. The Department of Education and Training provides information, resources and professional learning that have been developed by experts for school staff to use as they see fit to prevent discrimination against LGBTI students.
Myth: The Safe Schools program is teaching sex education and/or sexual practices to students, including material that is not age-appropriate.
Fact: Safe Schools is not a sex education program, nor does it teach sexual practices. The Safe Schools program simply seeks to create safe and inclusive environments for LGBTI students. Resources provided by the Department of Education and Training to help deliver the program are developed by experts and carefully selected to ensure they are appropriate for the ages of students using them.
Myth: The Safe Schools program encourages students to question or change their gender or sexuality.
Fact: Nothing about the Safe Schools program encourages students to question or change their gender or sexuality.
Myth: The Safe Schools program teaches radical gender theory.
Fact: Safe Schools does not teach radical gender theory. It is simply a program to help schools and students understand and respect that people should not be discriminated against for any reason - including gender and sexual diversity.
Myth: Parents are not given an opportunity to consent to their child’s participation and the program disregards the wishes of parents who do not want their children to participate.
Fact: Individual schools decide how to implement the Safe Schools program at their school, based on their local context and the needs of their school community. This is often done in consultation with students, school council and the broader school community. The program does not impose specific requirements for student participation but does ask all school community members to demonstrate the school’s values. The Department of Education and Training encourages parents to discuss any concerns directly with the school principal. Within any school community there is always a diversity of views represented and schools take those views into account when working with children and families.

I have a few mates in the game (principalship) in Victoria. They regard this media outrage as the biggest beatup since the year 2000 virus. It does sell papers.


After working with kids with disabilities for nearly 50 years, I am saddened by efforts to subvert the capacity for kids from a different minority group (gay and transgender) to live their lives free from harassment and bullying.

We won this struggle for kids with disabilities in the mid-seventies. It’s sad that it has to be fought all over again for a different marginalised group.
Posted by 1735099 at 06:45