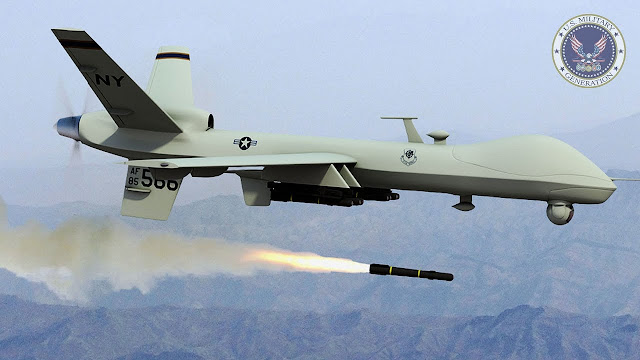 The targeted assassination of Qasem Soleimani is only the latest in a long line of ex-judicial killings carried out by the USA, Israel, and many other countries. The fact that it was drone facilitated is also nothing new.

Wikipedia reveals the Israelis as the most prolific users of targeted killings, listing 29 since 1972, but they're certainly not the only state using the strategy.

The most well-known of the Israeli attacks is Operation Wrath of God, avenging the Munich Olympic terrorist atrocity, although the Israeli catalogue includes targeting a wide range of individuals across a number of countries, including Malta, Jordan, Lebanon, Tunisia, and Malaysia.

The Israelis have used a wide variety of methods, ranging from airstrikes, Apache helicopter-launched missiles, electrocution and shootings. Collateral damage, on the shape of civilians in the wrong place at the wrong time, is also not unusual.

These assassinations as carried out by Mossad have become almost commonplace.

Next in line in terms of the frequency of these killings is the USA.

The War on Terror was used by both the Bush and Obama Administrations to justify targeted killings, and the Trump Administration has followed suit.

The most famous of these assassinations carried out by the USA was that of Osama Bin Laden in 2011, but there have been a succession, including most recently that of Abu Bakr al-Baghdadi al-Qurashi, the leader of the Islamic State of Iraq and the Levant.

The Intercept ran an interesting expose of US drone operations on its website recently.

Other regimes, including North Korea, Iran, and Russia have used targeted killings. The Russian speciality is poisoning. The North Koreans are more creative.

Perhaps, gentle reader, I'm squeamish, but I have deep reservations about any strategy of targeted assassinations, however noble the motive.

In the first place, they have no place in international law. That may be meaningless when it comes to the attitude of many countries to the rule of law applying internationally and universally, but it is a noble concept worthy of aspiration.

Without it, the powerful can basically do what they like.

Then there is the issue of innocents being caught up in these attacks.

And even if these killings are carried out on the worst of the worst, the most notorious NAZIs were given the privilege of trials.

When you think about it, this use of technology is something entirely new.

With the power of AI unleashed, nobody on God's good earth, no matter where they live, or their race or nationality, is safe.

God does not live in the White House, the Knesset or the Islamic Consultative Assembly, nor, as far as I know, does He have a squadron of Raptors handy.

Singing The Parting Glass on a Musical Irish Pub Crawl

Tuesday 3rd December was the International Day for People with Disabilities.

I was reminded of this at last Sunday's mass when a contingent from SPRED*, a diocesan organisation supporting this cohort of the population were involved actively in the service.

This notion of participation was what led to the formation of the organisation in the first place.

I became aware of SPRED as a new principal of one of the (then) three special schools in Toowoomba, late in the last century.

One Monday morning my secretary told me that she had the Catholic Bishop of Toowoomba diocese on the phone. I had been the principal of five schools by this time, in various parts of the state, and this was the first time I had been phoned by a bishop.

It turned out that he was aware that many children with disabilities often weren’t able to go through the routine sacramental preparation that was a vital part of Catholic practice, and was looking for ways of including them.

He had thoroughly sensible ideas, some involving cooperation with my school, and I remember telling him we’d help where we could. The fact that I was a Catholic was neither here nor here.

To cut a long story short, the idea morphed into a preparation programme that was implemented during religious instruction sessions at school, as well as with the parents at home. The parents of the participating children took turns in opening their homes to the parishioners who were offering the instruction, much in the same way as it worked for able-bodied children.

It was a resounding success, but wasn’t without its moments. The bishop decided he’d have a dress rehearsal, which was fortunate, as when one of the children, a girl from the Phillipines with an intellectual impairment, first saw him in full regalia, she ran screaming from the church. She was quite unprepared for the mitre.

This programme became annual, and was still successfully progressing when I retired in 2005.
This same bishop got himself on the wrong side of the Vatican a few years later, and the rest is history.

His ideas about inclusion and compassion were probably a little ahead of their time, faced with the clericalism that was a feature of the Australian church at the height of the stewardship of George Pell.

There’s been plenty of water under the bridge since then.