I don't often post about US politics - these days it appears to be scripted by those who wrote Monty Python - but here is a rare example of common sense.

McCain is reining in some of the loonies in his own party.

This article in the Brisbane Times explains clearly the current strategy being used by the Newman government to cow Queensland voters into submission.
It is a simple three-step process.
Step 1 – Use an ideological position to justify reducing the public sector to almost nothing. This has the double effect of minimising taxes paid by the wealthiest section of the community (those who favour conservative parties) and promoting opportunities for those aligned with the LNP to profit from the carpet bagging of public activity and assets.
Step 2 – Use a different measure of the deficit (fiscal balance instead of operational balance) to slant the numbers. Employ a lapdog (Peter Costello) to write the report.
Step 3 – Blame the previous administration for the grief this causes.

As observed elsewhere it's ideological, not financial. This lot don't believe the government should provide any service that the private sector can make a profit from. Greed is the creed, and the devil take the hindmost.


Unfortunately, the hindmost are always the marginalised and vulnerable, such as people with disabilities and people in remote and rural communities.

This piece in the Drum is timely, especially in Queensland.

Public education in this state is reeling from staff cuts in support personnel and restrictions on travel.

I’ve posted off a map of Queensland to the new Minister – John-Paul Langbroek. He obviously lacks a basic knowledge of our geography. Rumour has it that he was flabbergasted when told he was responsible for schools closer to the SA border than George St.

The thought that staff have to travel to provide vital support to remote and rural schools has floored him. He'd never thought of that.

It may have something to do with being the member for Surfer’s Paradise. He’s obviously forgotten his father’s experience in bush schools.

This extract from the piece is on the money, referring to Pyne’s comparisons with Finland –

It’s interesting that he chose Finland. They’re socialists, aren’t they?

This attack on bush schools is not unexpected coming from a government whose soul is centered in the South East corner. I would not be at all surprised if there was a move to relocate the state capital to the Gold Coast.

Whiteshoes and spivs are in their natural habitat in Little Baghdad on the Nerang.
Posted by 1735099 at 07:09 0 comments

Confessions of a Bleeding Heart 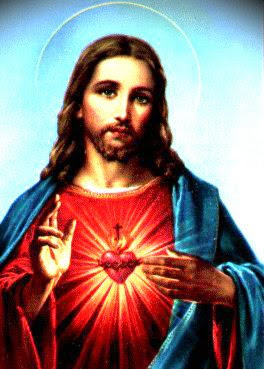 I was called a "bleeding heart" on a blog commentary the other day. That's nothing new. The epithet is often used by right wingers when they run out of ideas. This happens with monotonous frequency, so the word pops up often.

The context was a response to my post pointing out that compassion had taken a back seat to political wedging around the asylum-seekers issue.

I'm not sure whether I should be chuffed or insulted. It's an interesting use of language and originates, apparently, from the other side of the Pacific, and from well to the right of the political spectrum.

Like so many other neo-political memes, it has wormed its way into usage in this country via the electronic media.

So we're probably stuck with it.

For me, the term elicits a variety of responses probably unintended by the person using it as an insult.

It started early - back when I was at primary school.

I have strong memories of my mother taking in under privileged kids and feeding and clothing them. Mum was an old-fashioned infant teacher, a very effective one, recognized for her pioneering work in teaching maths to kids in the lower grades.

Alongside her enthusiasm for teaching and learning, mum had an allied sense of social justice, long before it became fashionable. For her, it was simple. If you saw someone in trouble, you helped them if you could. She could and she did - sometimes at my expense and that of my five siblings.

I recall being more than a little miffed when mum sent an indigenous kid home kitted out in my clothes, including a pair of shoes that I treasured. When I complained, she told me not to be "silly". She could afford to buy me a new pair, after all - and she did.

So if I'm a "bleeding heart", it's probably in my DNA.

At age 13, at boarding school 1600kms from home, I was on the receiving end of some schoolboy compassion. I was small and weedy, and away from home for the first time in a pretty tough all boys environment, so I copped my fair share of what would be called "harassment" these days.

Another boy from the bush, who was also away from home for the first time, stood up for me. He was not small and weedy, so the harassment stopped. To this day, I'm not sure why he protected me. I will never be able to ask him why or thank him, as he was killed in the first few minutes of the battle of Long Tan. I wonder if he was a "bleeding heart".

Years later, as a consequence of a random series of events starting with my birth date being drawn in a conscription ballot, I found myself in Vietnam in uniform. The activity I was part of at that time was far from compassionate in nature. I was supposed to be killing Viet Cong. This didn't sit easily, but fortunately the opportunities to kill were few and far between. In any case, I always believed that my priorities were keeping my mates and myself alive.

This didn't seem too far a stretch from compassion.

On a TAOR1 patrol one day, we encountered a group of Vietnamese wood cutters who were in a free fire zone. We were obliged to detain them, and guard them until the local police turned up. This situation developed into a day-long affair, as the police took some finding, and when found, took their time getting there.

There were women and children in the group, and over time, a fair amount of interaction developed. It was stinking hot (was it ever anything else in Vietnam?) and I was sweating profusely. One old woman in the group was watching me closely. Her attention made me feel uneasy.

Suddenly, ignoring my SLR2 and any suspicion of hostile intent, she reached forward and mopped the sweat from my face with a cloth I was wearing around my neck. I guess she simply fell into a mothering role, and saw a distressed twenty-two year old, rather than an armed and hostile foreign soldier.

Would you call her a "bleeding heart"?

Returning from Vietnam, I almost accidentally fell into a job teaching children with severe disabilities. There was a shortage of males working in the field (still is) and actually getting the job was easy. Staying in it wasn't.

For the first month or two, I really struggled. I'd had no training, was dropped into the deep end with a very difficult class, and was floundering. Fortunately, I had consistent and generous support from the school principal and staff, and they helped me until I found my feet.

These people were in this work, of course, because they had a strong sense of compassion. Were they "bleeding hearts"?

For the last 40 years I've continued working in this field with lots of other people who no doubt qualify for the label. Strangely perhaps, I still enjoy the work.

Perhaps I've been steadily brainwashed over the years and need to spend time at some kind of re-education camp. Maybe a week or two locked in a room with a couple of radio shock jocks would do the trick.

It's fitting, perhaps, that the boarding school referred to above was run by the missionaries of the Sacred Heart. The icon is displayed at the top of this post.

So if you want to tag me as a "bleeding heart"' go right ahead. 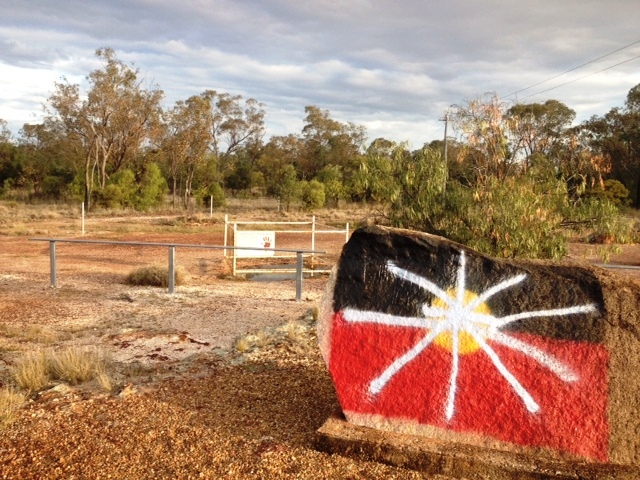 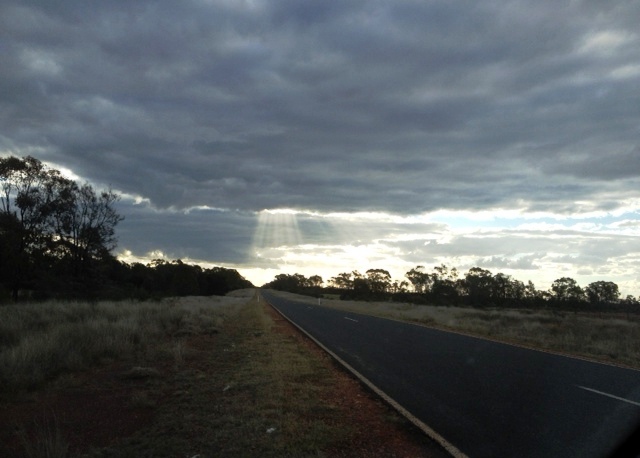 Driving across from Goondiwindi to St George yesterday afternoon, I came across the indigenous landmark at Weengallon.Since the last time I came through, some bogan has expressed his bigotry on the stone.

It reminded me of the destruction of the Kalkadoon monument - using explosives - near Cloncurry - when I lived in Mt Isa in the nineties.

But there's sunshine breaking through. The principal of a school about 100kms from this site is Aboriginal.

I wonder whether the bogan - if local - would enrol his kids at that school. 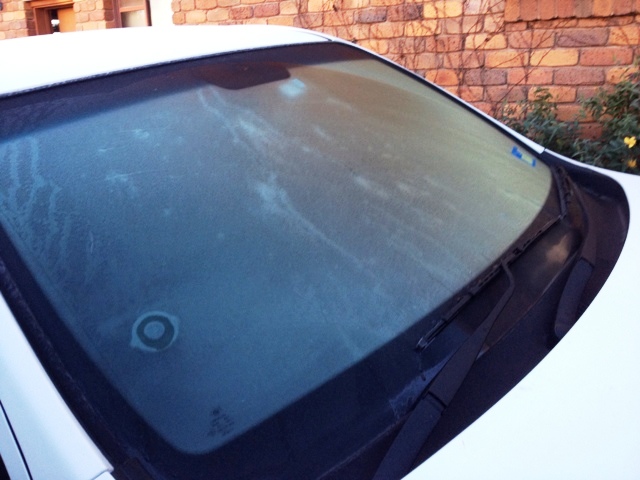 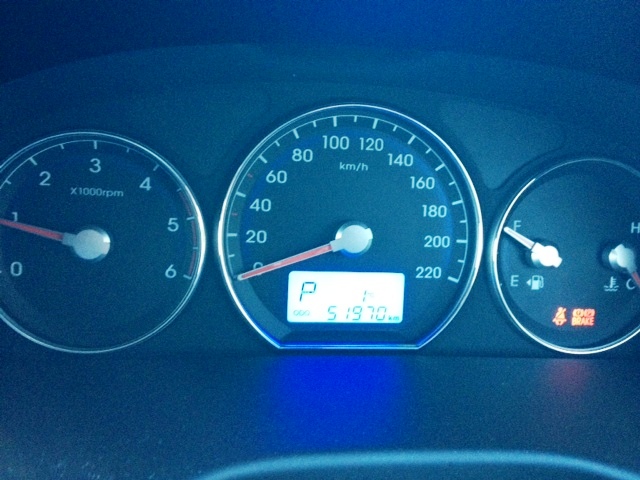 Leaving home at 6.30am involved throwing water on the windscreen to get rid of a layer of ice.
It got warmer the further west I drove, but I'm not looking forward to tomorrow morning.
Goondiwindi is a little closer to the South Pole than my base.
Maybe I'm getting soft in my dotage, but I can see the logic in electrically heated seats and external rear vision mirrors.