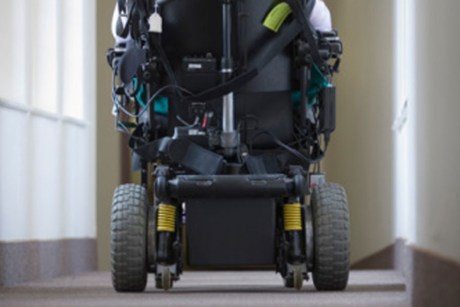 Our new Queensland government is showing its true colours.

It's targeting the most vulnerable in our community, people with disabilities, withdrawing funding support that bears directly on the quality of life of this group.

I've been working in this field since 1971, and this is the first time in my recollection that I've seen any government withdrawing vital support from people with disabilities.

The relevant minister (Tracy Davis) is keeping her head down and won't be interviewed, so it's left to the bureaucrats to speak up -

The Department of Communities, Child Safety and Disability Services says funding is being redirected towards approved services such as respite, support equipment and therapy services.

This is another way of saying that the funding that went directly to families is being withdrawn. "Approved services" are already begging and scraping to provide the basics such as respite. In parts of regional Queensland where I work, families are lucky if they get access to respite once every twelve moths. I'll keep you posted on whether this changes under the the LNP.

"Redirected" has been, in my experience, shorthand for "withdrawn".

It says heaps about the values that drive the LNP.

You can tell a lot about a government by the way it treats its most marginalised groups.
Posted by 1735099 at 10:32 0 comments

This time yesterday I was preaching.

My bride would say that this is nothing new, but when I say “preaching” I mean the full Monty – in a church, in front of a congregation.

Even stranger, this was an Anglican church. I’m a Mick.

It came about through a bizarre set of circumstances. I had a speaking gig at this parish, which was to happen after their regular once per month Wednesday morning service.

I’d prepared a PowerPoint, but when I got there, found that the necessary technology wasn’t installed in the hall where I was to speak, but in the church.

The minister suggested that I show that part of my presentation in the church instead. This seemed OK, except that one of the pictures I was planning to show was actually taken in a Vung Tau bar, and I wondered how that would go down in a church.

Bar girls and morning devotions didn’t seem entirely compatible. When I showed the presentation to the minister, he laughed off my concerns, explaining that they were a broad church with broad minds.

Broad bums came to mind as well, but I didn’t think it was appropriate to mention it, so I didn’t.

That wasn’t all he negotiated in that conversation. He was a stand-in minister and hadn’t prepared a homily, so he suggested that as I was already going to be on my feet, I might as well deliver the homily.

He was very persuasive, and I agreed. After all, I’ve been attending mass every Sunday for the last 65 years, so I had an idea of what was required. That’s about 3300 homilies I’ve sat through – do the maths.

There was some furious mental gymnastics going on in my head, which resulted in a resolve to make a simple point about reconciliation. So I did.

I can’t really remember what I said, but they listened, the body language was good, and nobody nodded off.

The service was indistinguishable from a Catholic mass. I don’t know why we just don’t amalgamate. It worked with councils.

They were a great group of people, and I enjoyed the tucker and conversation that came later. Anglicans always do good spreads. I sold a few books and won the lucky door prize – a good morning’s work. 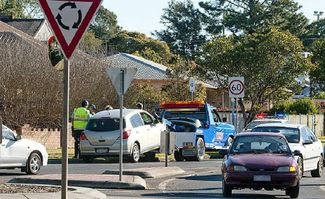 I didn't need the Toowoomba Chronicle to tell me what I already know.

It may have something to do with the proportion of retired cow cockies living here, the belief that the right-of-way rule applies on roundabouts, or the whimsical traffic engineering.

The most dangerous drivers are those wearing hats. 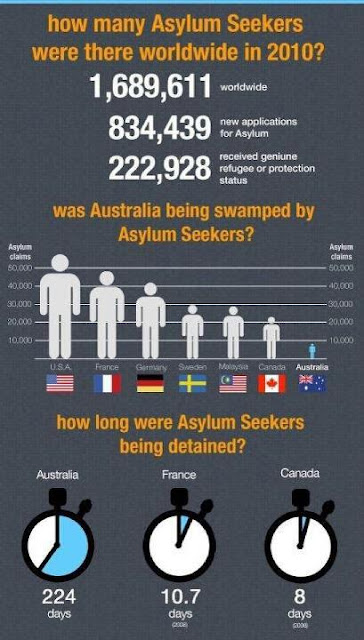 One of my kids sent me this.

Despite all the hype, the figures haven't changed much for 2012.

It puts this non-issue into perspective, and holds our politicians and media up to the ridicule they so thoroughly deserve.