Sometimes you should just trust your judgement.

Yesterday before the launch the manager at Mary Ryan's in town told me she needed to stock only one box (60 copies) of Jellybeans in the Jungle. I was pretty sure that wouldn’t be enough, and that was before the WIN interview, the ABC interview, and the piece in the local rag.

By 1pm they were sold out, and when I wandered back at 3pm to pick up the Jellybeaned patterned tablecloth, (pic) she asked me how soon I could deliver more copies.

I don’t know what became of them (those in the bowls that is).

The tablecloth will be returned to the school library I borrowed it from on Monday. I’d better give them a complementary copy. They were very helpful. I spied the jellybeans whilst attending a meeting with teaching colleagues, and they seemed to fit in visually with the theme. I’ve had a lot of trouble explaining that the book is not a kid’s story.

After reading the title and learning that it was written by a teacher, most jump to that conclusion.

It was great to have two mates from 5 Platoon at the signing, as well as the principal (over eighty and still going strong) who got me back on the rails as a teacher after RTA. Ian Macfarlane was generous. It’s pity there aren’t a few more in parliament as straight and genuine as he is. 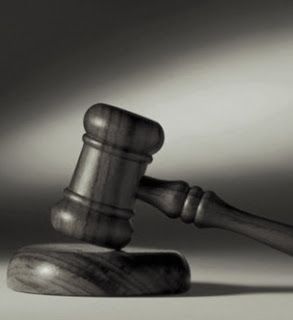 At long last, a decision has been made about asylum seekers that restores my faith in my country.
The High Court has redeemed us, and thrown a giant spanner in the works of offshore processing.
Political posturing aside, (and there is plenty of this from both sides) this decision is probably the most significant change in the view of the High Court on this issue since the Tampa incident. Put simply, it throws the nonsense of off shoring our refugees right out the window. The various tin pot administrations who are happy to take the metaphorical forty pieces of silver provided will be the only people worse off.
The interesting issue now, is whether the government has enough courage to begin processing all boat arrivals on the mainland, and to return to the structures that worked quietly and effectively pre-Tampa.
Zoning areas for immigration would be another move that would assist, as would the introduction of an Australia card which refugees and everyone else would be obliged to carry. The fact that the carrying of an ID card has ever been a political issue in this country is beyond bizarre.
But that would require ethics and courage, neither of which is evident in either of the two major parties these days.
Posted by 1735099 at 18:38 0 comments

Given recent events in Libya, no doubt you’ve watched endless and often-repeated footage of individuals firing all manner of weapons in the air in celebration.
This usually happens in the Middle East, but it is not confined to that part of the world, and has been observed in South America, the Philippines and the Balkans.
There are reports of it happening in the USA.

Apparently, Kentucky is the home of celebratory gunfire in the USA. It’s in the Onion, so must be true.
I’ve often wondered what happens to all those rounds fired skywards. I had the experience of accidentally firing a 7.62 round through a double-skinned tent once, so understand very well that damage can be done both on the way up as well as the way down. I was lucky, as the leak created was on the other side of the tent from where I slept.
But that’s another story entirely.
Apparently there are many recorded fatalities, and in some places, a great deal of damage has been done to roofing and eaves. Given the frequent spectacle of ute-mounted ZU-23 heavy machine guns (“technicals”) blazing away in celebration recently in Libya, it’s understandable that NATO aircraft generally fly higher than their effective range. The 23mm explosive projectile would make a sieve out of an aircraft.
Perhaps they’ve not heard of blanks?
Thinking about it, blanks in a real conflict would be about as useful as a chocolate teapot. I remember that we had blank firing attachments on our SLRs in training in Australia, but they never saw the light of day in SVN for obvious reasons.
Celebratory gunfire in SVN would have been called “unauthorised discharge” and would have earned nasty regimental penalties.
Posted by 1735099 at 20:10 3 comments