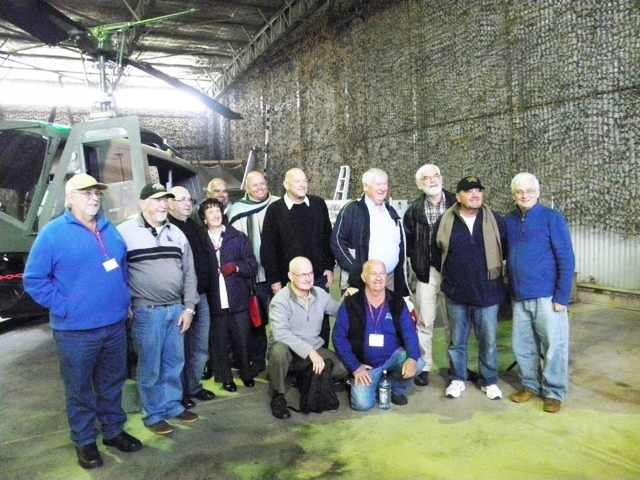 This place has a comprehensive collection of artifacts and publications relating to our longest war.

It was a fitting place to get together.

I reckon we've aged as well as most of the memorabilia. 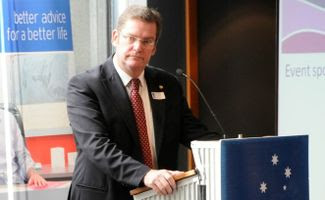 Oh Dear! It hasn't taken our new local member long to stuff up.

I'll give him the benefit of the doubt and put it down to an inauspicious start, but others are less charitable.

It reminds me of the days before Fitzgerald. Some Queensland voters have short memories.


There must be some mistake.

Surely this graph (above) can't be correct.

After all, our Premier has likened our Queensland financial situation to that of Spain's.

Apparently, we're in such a parlous state that he has to sack public servants hell west and crooked to save us from total catastrophe.

Now far be it from me to doubt the almost hysterical predictions that daily emanate from George St, but perhaps all is not as it seems.

The graph comes from the Queensland Treasury Corporation's June 2012 overview*. This overview makes interesting reading. Do yourself a favour (especially if you're a Queenslander) and read it. Its intended audience is prospective investors.

Despite natural disasters in  2010-11, Queensland’s economic growth rate is expected to rise above its long-run trend as well  as above the national average rate, over coming years. (Graphs p21).

We have the highest economic output of any state. (p 22)

There's an interesting pie graph on p 27 which shows the costs incurred following the 2010-11 natural disasters as they relate to repairing and replacing damaged roads or local government assets. The total cost of this work as calculated by the QTC is $7012 million. Perhaps these natural disasters could have something to do with the problem?

An operating surplus is expected to be achieved in 2014-15. Fiscal balance will replace the operating balance as the primary fiscal target of the Government.

This refers directly to my post of 20th July about the LNP's deliberate misleading use of fiscal vs operational measures.

So not only is our financial state no worse than that of the other states - in fact in many aspects it's better, the LNP is using falsified data to rationalise their extreme policies.We could afford to participate in an NDIS trial. But then, supporting people with disabilities has never cut much ice with whiteshoes. Other states have not instituted a pogrom on the public service.

So not only are we dealing with broken promises, we're also governed by a cabal of liars.

That high-pitched sound you can hear in the background is the LNP's spin machine in overdrive. Some time ago, I conducted my own personal analysis of the greenhouse gas controversy.

It was interesting, therefore to come across someone else who has essentially done exactly the same. The significant difference with this bloke is that he is a professor of physics at the University of California, Berkeley.

Some extracts are quotable -

Our results show that the average temperature of the Earth's land has risen by about 1.5 degrees Celsius over the past 250 years, including an increase of five-sixths of one degree over the past 50 years. Moreover, it appears likely that essentially all of this rise is from humans' emission of greenhouse gases.

Moreover, our analysis does not depend on large, complex global climate models, the huge computer programs that are notorious for their hidden assumptions and adjustable parameters. Our result is based simply on the close agreement between the shape of the observed temperature rise and the known greenhouse gas increase.

He dismissess much of the hype -

It is a scientist's duty to be properly sceptical. I still find that much, if not most, of what is attributed to climate change is speculative, exaggerated or just plain wrong.
Hurricane Katrina cannot be attributed to global warming. Polar bears aren't dying from receding ice, and the Himalayan glaciers aren't going to melt by 2035.

As CO2 emissions increase, the temperature should continue to rise. I expect the rate of warming to proceed at a steady pace, almost one degree over land in the next 50 years; less if the oceans are included. But if China continues its rapid economic growth and its vast use of coal, that same warming could take place in fewer than 20 years.

This concurs with some of my previous writings on the topic. This is a letter I sent to Ian MacFarlane some time ago -

Everybody seems to be writing about climate change.

Almost without exception, these writers adopt a position on the issue related to their political views.
Given that the concern originated from the scientific community, the fact that it has become controversial is bizarre. There’s no doubt that the issue has been picked up by both ends of the political spectrum to fit specific (and very different agendae) but it really isn’t a political issue.

What is to me alarming are the recent assertions of both sides of the debate. On the one hand we hear hysterical conspiracy theories about world domination. On the other we are scared witless with forecasts of death by fire, floods or starvation. These polemics simply complicate what is basically a simple issue.

I believe that it is reasonable to insure the future of our planet against two basic threats which would affect the quality of the lives of my children and grandchildren. If we have to make financial and lifestyle sacrifices as part of this insurance then I can live with that.

The first threat is the strong likelihood that exponentially escalating carbon emissions are having negative effects long-term on climate. The second is that we are consuming non-renewable energy resources at a rate that isn’t sustainable if we want to enjoy the same lifestyle benefits currently available.

Either or both of these trends will bring us to a point where the benefits of not acting now will be far exceeded by the costs if we don’t.

Even if you completely reject the IPCC consensus, the issue of depletion of non-renewable will simply not go away.

I’ve been trained in risk analysis. I understand the low-risk high-consequence component of basic risk management. There is no more severe consequence to taking an unnecessary risk than the degradation of our planet. That consideration alone should be enough to convince the most avid sceptic that we need to act. Sure, we don’t need the hype, we don’t need political positions to be taken and defended, but we do need basic behaviour change on the part of individuals, corporations and nations.

For me, the most convincing argument comes from personal experience.

My wife and I lost our firstborn child (a daughter), in 1982. The post-mortem indicated that she died of an aneurism that was a result of a congenital defect. The reason for the defect was never established, but studies42 of the children of Vietnam Veterans contain some very convincing statistics.

This experience, by itself is a powerful personal motivator to support planned and dogged action by individuals and government to maintain our planet as a viable life source for future generations.

I am one of many veterans sprayed with Agent Orange. I've returned to Vietnam on a number of occasions in the last few years and seen vast swathes of the countryside that still haven't recovered after forty years. I've visited Vietnamese institutions for people with disabilities and have been staggered and horrified by the extent and number of these congenital malformations.

Vietnam has one of the highest incidence rates of these malformations on the planet. The use of this defoliant was an example of utter contempt of the natural environment. This mindset continues today in the attitude many of the sceptics. It is arrogant, totalitarian and basically suicidal.

These people can commit to future infanticide if they wish, but I don’t think it’s fair that they force the rest of us to join them.

There are some basic principles. If you want to blog about AGW, do so by all means, but avoid op-eds, stick to the scientific journals, and leave the politics out of it.
Posted by 1735099 at 09:46 10 comments

She Who Must Be Obeyed (the fleet manager) allocated me a tupperware car for my most recent trip.
There's some weird inverse logic at play here. For my last trip, all on the bitumen, I was allocated a 4WD. Go figure.

For the uninitiated, a tupperware car is something small, Korean or Japanese, and with tyre profile, ground clearance and fuel range not conducive to outback travel.

Your average fully-grown grey or red roo will write off a tupperware car with one high-speed encounter.

For what it's worth, this particular example of the breed, a Hyundai i30 diesel, was probably not typical.

For a start, it had a decent touring range. The combination of 6lit/100kms and a 53 litre tank, meant you could in theory drive it from Toowoomba to Cunnamulla without refueling. At Quilpie, the BP outlet owner came out to unlock the bowser, and became a bit agitated when she saw me reaching for the greasy distillate nozzle. I indicated the diesel stain on the rear flank, and she was convinced.

Others have not been. These small diesels are misfuelled with monotonous regularity by fleet drivers despite the many and varied "diesel only" stickers prominently displayed. A lot of our people believe that diesels are only to be found in SUVs.

It drove OK, much like the petrol i30 wagon I used a few months ago, although wasn't as light on its feet as the petrol version. Diesel engines are heavier - even when they're only 1.6 litres.

There's plenty of torque, always handy when overtaking road trains, and the only time it's noisier than the unleaded equivalent is on first start-up in the morning.

There were a few irritating features - some designed in, some not.

When selecting reverse from drive, there was always a delay of two or three seconds. The tranny is a simple four speeder, so I doubt this was designed in. It was a bloody nuisance.

On the other hand, you couldn't open the rear doors whilst the engine was running, possibly designed in for the South African market to prevent car jackings. This was also a bloody nuisance. Car jackings are not an issue west of Charleville.

As I said, this thing was probably not typical of tupperware cars, as it had a decent tyre profile (55). 45 or lower is asking for trouble out here. The rocks kill low profile tyres.

It also has a full size spare.

In summary, not a bad little jigger, but probably not worth the three thousand over and above the petrol version. It would suit a bush courier with access to cheap diesel and covering 50000 km annually. You'd probably also fit it with an alloy roo bar.