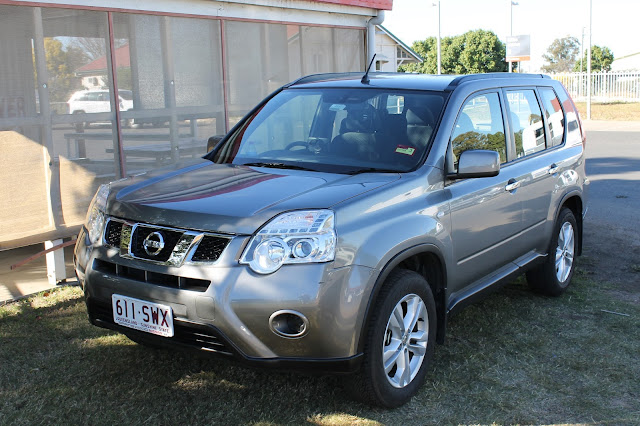 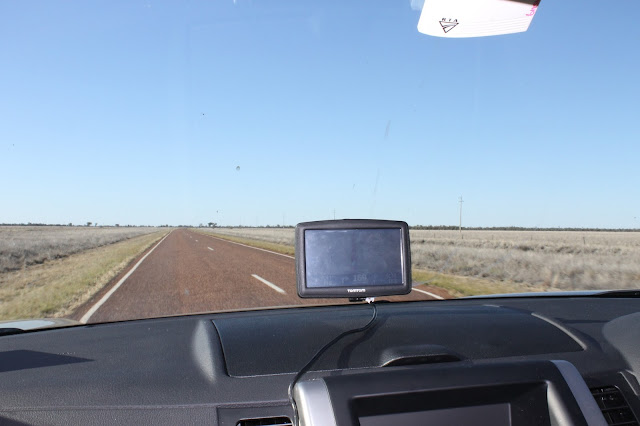 This week's trip was a big one - over 2000kms out to Charleville, Cunnamulla and Quilpie.

She Who Must Be Obeyed (Fleet Manager) has given up trying to provide me with fleet vehicles. I travel too far, and need them for too long.

This upsets the urban denizens who believe that if you drive west of Dalby, you run the risk of falling off the edge of the known world.

So now I use hire cars - this week a Nissan X-Trail.

For the roads I travel, I'm supposed to be supplied with a 4WD.

Now this thing looks like a 4WD, but it isn't. Only the front wheels are powered. On first glance you'd wonder why they bother. Apart from the appeal of the macho image created (apparently) by a vehicle that looks like a 4WD, there are probably more rational arguments for marketing for this niche - which is urban.

Without the tailshaft, which is rarely used, they're lighter and use a bit less fuel. Well that's the theory.

I've driven the 4WD version, and there is no difference in the fuel consumption (an indicated 8.1 lit/100km) between that and this one - three up on country roads. The 2WD has a slightly smaller motor - 2 litres as against 2.5 litres.

Frankly, after 2000 kms in this thing, I couldn't detect much difference. It may have been a tad quieter, and a bit more agile.

You'd buy one of these things instead of a sedan, for three reasons. There is more room inside, they're easier to get in and out off (especially for old codgers like me) and you sit higher and thus see further down the road. This last feature matters when you're overtaking road trains.

Apart from these advantages, the X-Trail is a very practical vehicle. It has an easy-to-clean interior, good ground clearance, and lots of useful and practical and accessible storage space.

It also has a pretty good sound system, with easy to set up Bluetooth, and passable reception and sound quality. 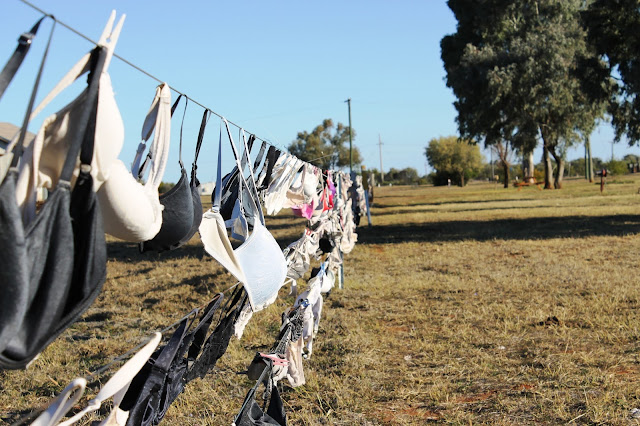 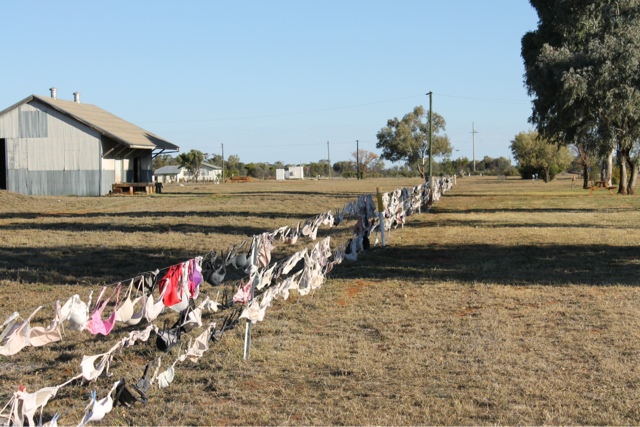 If you're ever out Wyandra way (as I was today), make sure you check out the bras.

Now this doesn't mean approaching women, and asking them to show you their underwear (something that would end badly given the women I know out here - badly for you, that is).

You'd be lucky to avoid ICU.

No, this about a project started by a local lady called Leanne Martels who is raising money for breast cancer research.

Basically, she is trying to create the longest display of bras in the world.

She's made a pretty good start.